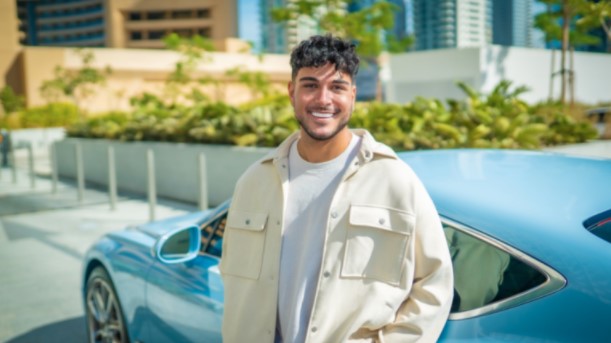 How did he become so rich at such a young age?

If you subscribe to Kiarash Hosseinpour on Instagram, you will have an idea of what the life of a rich bachelor looks like. The 22-year-old Berliner shares photos of expensive watches from brands such as Audemars Piguet and Richard Mille, and drives a Lamborghini, Porsche and Rolls-Royce.

Hosseinpour says in an interview that he has always been “a bit of a nerd” about himself. He says he got his first computer when he was ten years old. Hosseinpour says that when his father saw him start playing, he said, “No, stop playing, study programming instead.”

Hosseinpour, whom we talked about earlier in the Somanews news, started programming after school and got acquainted with WordPress, a software that allows you to create websites. He started creating websites for players from forums for money. The site took an average of 30 euros. Hosseinpour then received bitcoin instead of paying in euros. It was about eight years ago, when the cryptocurrency was still worth $14. In context, the same bitcoin is worth more than $48,000 today. Getting paid with bitcoin was Hosseinpour’s first encounter with the crypto world, and the sequel came.

Preferences: Lots of Bitcoin and Ethereum, along with SOL and LUNA.

Hosseinpour is currently working two jobs. He runs Hoss, a new YouTube channel about the cryptocurrency world, and together with two friends invests in various cryptocurrencies in the form of a private equity fund. They just use their own resources. He says he is aware that bitcoin is extremely unstable, but he is not afraid of it and sees no reason against investing in it.

The eye of the cryptocurrency market will be on the meeting...