Home Entertainment You Won’t Be Alone Portrays The Story Of A Witch In Its... 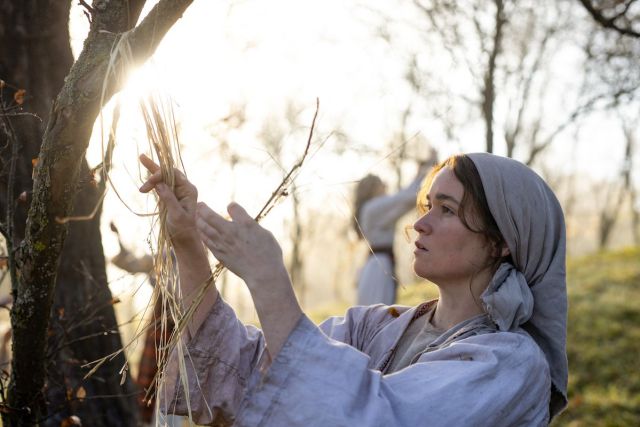 You Won’t Be Alone: The film stars a witch who impersonates her victims and takes on their physical appearance. Naomi Rapace (Millenium) is the main star of the new horror film produced by Focus. You Won’t Be Alone is set in an isolated village in the mountains of Macedonia. In the middle of the 19th century, a young woman is kidnapped and transformed into a witch by an ancestral spirit. Already as a witch, Nevena puts herself in the shoes of different people, one of the aspects that the new and terrifying official trailer reviews, which you can see on these lines.

And it is that Rapace is not the only actress who gives life to the protagonist. Sara Klimonska embodies the person before she was transformed into a supernatural being, while Rapace and Alice Englert play the same character, as the witch uses the bodies of deceased people to impersonate her identity. The film premiered during the Sudance Film Festival, but will not hit theaters in the United States until April 1 (there is still no date in Spain).

The experiment of living in the flesh of another

The trailer doesn’t offer many plot clues, but it does hint that the film will delve into issues of female and sexual identity. The story begins when the witch mistakenly kills a peasant who lives in a town near her. So, she transforms into him and impersonates him. That experiment is interesting to her, so she continues to do it, in order to unravel the most unfathomable mysteries of the human being.

Among the actors participating in You Won’t Be Alone is Anamaria Marinca, who will play the role of Nevena’s mother. Carloto Cotta and Félix Maritaud are also part of the cast, while Goran Stolevski is in charge of directing. This director is responsible for some successful shorts, although this film marks his debut on the big screen. In fact, in 2017 it won Sundance’s Short Filmmaking Award. Kristina Ceylon and Sam Jennings are in charge of production.

The Nevers: all about the HBO series premiere

The Last of Us Part 2 Celebrates Its One Year Anniversary...