Home Entertainment You will get weirder things than on Tinder: New date sim will... 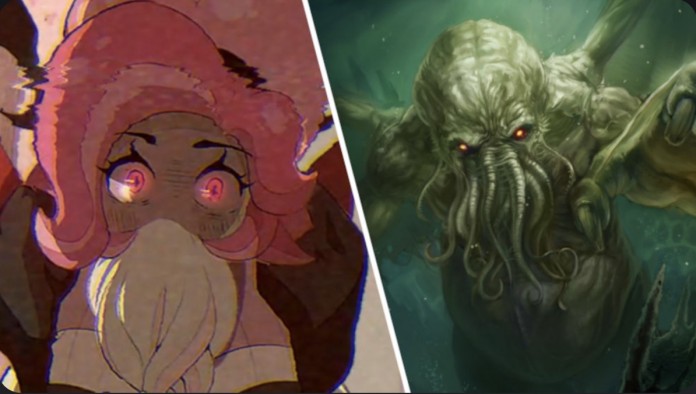 Sucker for Love: First Date is a new PC game that allows the player to have romantic dates with gods like Cthulhu

DreadXP, a company dedicated to publishing the collections of Dread X, a series of indie horror titles, revealed that it will release a visual novel and dating simulator where players can interact with Cthulhu and other ancient gods.

The name of this title is Sucker for Love: First Date and its release is planned for December, although it does not have a precise date. Your first trailer is out now and it’s very strange.

How is it that a normal person can relate to a creature the size of a mountain? Luckily things are not like that. The player can initiate romantic relationships with candidates who are inspired by the characters created by the American writer H. P. Lovecraft.

They are Ln’eta, Estir or Nyanlathotep, of which the first is based on Cthulhu. As for the second, it is a very free adaptation of Hastur.

The third does not require explanation, since it has the same name as this ancient god.

According to Patrick Ewald, DreadXP owner and producer, “after the incredible reception of the original Sucker for Love concept featured in Dread X Collection 2, we knew we had something special on our hands.”

Afterward, he said, “We are delighted to be working with Akabaka developer Joseph Hunter on expanding Sucker for Love into a series of fun and weird games.”

Cthulhu and other gods are now in a romantic comedy

As in other visual novels and dating sims, the player’s decisions guide the course of the story. Each of the included deities have voice acting, and are willing to follow their partner’s wishes, even the most abnormal ones.

This isn’t supposed to be a horror title, but that doesn’t stop weird things from happening. Especially when a normal person is related to beings outside normal space and time.

For example, losing your face is something that may well happen in Sucker for Love: First Date. It is evident that this game with Cthulhu and company takes advantage of the idea of ​​creating moe characters that comes from the manga and anime.

Not only for its appearance but for the music itself. It even reminds of several romantic comedies that are popular in the land of the Rising Sun. We’ll see how this game fares.