Home Entertainment You: What we suspected about the change in history that the series...

The successful series You, with three complete seasons and one on the way, has positioned itself in the taste of audiences from various parts of the world as the quintessential psychological horror drama whose protagonist is a murderous psychopath with whom viewers sympathize almost the great most of the time. Starring Penn Badgley as lovesick serial killer Joe Goldberg, it has featured a motley crew of characters who have each contributed in their own way to the show’s fame.

It is above all the darker characters that accompany Joe on his sick adventure who have marked the rise of You. From the resurrected girlfriend of protagonist Candace Stone (Ambyr Childers) who made her entrance in the first season to become a major twist in the second installment, the iconic Love Quinn (Victoria Pedretti) of the second season and who went on to push the limits from his madness in the third season, to the very origin of everything: Mr. Mooney, played by Mark Blum and whose unfortunate departure after the second season, meant an unexpected turning point for what would come later.

Without any discussion, You’s love story with an obsessive man as the main character will still have a lot to show on Netflix screens. Although throughout its three seasons this drama has been taking many important dramatic turns in front of the cameras and apparently the more time passes the better it is unfolding, there was a decisive moment that forced its writers to divert course beginning of an important part of Joe’s past.

Many remember that at the end of the first episode of the third season, in the credits Netflix subscribers could see a striking message “In Memory of Mark Blum”, as a heartfelt tribute to the veteran actor who died at the age of 69 on March 25 of 2020 as a result of complications from Covid-19. At that time, no one yet suspected that his planned participation before his unfortunate death for the third season was a key element in explaining the reason for the traumas that turned Joe into the adult who solves the problems of him killing people.

Mark Blum as Mr. Ivan Mooney was introduced in the first season of You, in the role of the owner of the New York-based bookstore where Joe Goldberg (Penn Badgley) worked. Although his presence was not very frequent in the first two seasons of the series and the vast majority were in scenes presented as flashbacks, it was undeniable that his influence was decisive for all the actions carried out by the protagonist, especially the most terrible. The old man punished Joe by locking him in the glass cage, which he would then repeat himself to lock his victims.

Although in fiction it was assumed that from the beginning Mooney was hospitalized in a nursing home where Joe confined him as a result of an apparent stroke that kept him paralyzed and unable to speak, the theories among fans of the series about what really happened between them did not wait. Although they were answered in a small part in the second season, it was really in the third where everything would become completely clear, but sadly with the physical departure of Mark Blum it did not come true.

This tragic event forced the writers of You to completely rethink the story arc for Mr. Mooney and Joe, resorting to a new story of the character’s childhood with his mother, stepfather, and his teacher. . In this sense, the showrunner of You, Sera Gamble, confirmed in an interview that the story of Joe Golberg related to Mr. Mooney, was the one that was originally supposed to be shown in season 3. But, this part of the script had to be rewritten after the death of the talented actor. This he said to the medium:

“If you think about how old young Joe is in these [season 3] flashbacks, we imagine a story that took us back to when he met Mr. Mooney. We were very excited to explore what that relationship was like in the beginning. You see a little bit of the middle and the end in season 1, so we wanted to tell a story that took him out of those [group houses] that he was in and led him to the bookstore. I was really excited about it.” 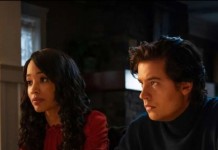 Riverdale Season 6: Release Date, Trailer, and What to Expect from Episode 15 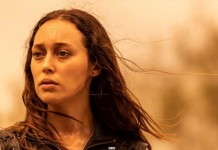 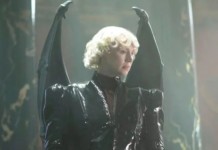