Home Entertainment You: Understand The Ending Of Season 3 Of The Netflix Series 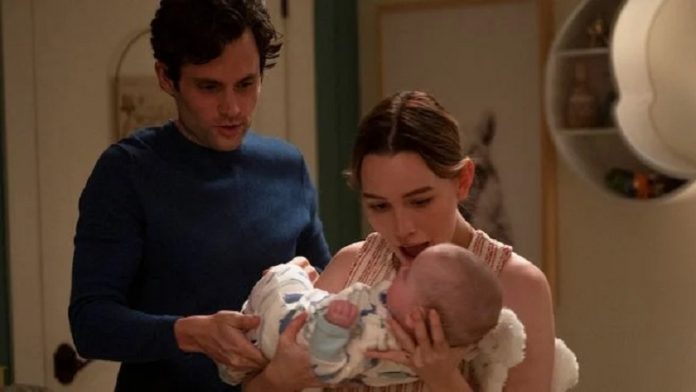 You: After two seasons full of emotions on the surface and great conflicts between the protagonists, the 3rd season of You debuted on Netflix recently with some interesting details. Early on in the new batch of episodes, Joe (Penn Badgley) and Love (Victoria Pedretti) were moving to an upscale neighborhood with Henry, their newborn son.

However, Joe’s closeness to Natalie (Michaela McManus), the new neighbor, awakens intense feelings in Love, who ends up committing murder. The two attend couples therapy and an investigation begins, taking into account that another neighbor is the main suspect by the police.

It all culminates in a harrowing and question-filled ending for the spectators. The good news is that You has already been renewed for a 4th season in streaming and we’ll have answers on everything.

But until then, understand the end of season 3 of the You series with our recap!

You: a web of intrigue settles into Joe and Love’s routine

After having more proof of his wife’s wrath, Joe tries to be more cautious in his extramarital involvements. That way, when he falls in love with Marianne (Tati Gabrielle), his boss, he articulates so that no one knows about the romance.

In addition, Matthew (Scott Speedman), Natalie’s husband, becomes suspicious of Love, who instinctively seduces Theo (Dylan Arnold), their teenage son, to find out what his father already knows about the matter.

Meanwhile, Joe tries to gain Marianne’s trust and plans to flee alongside her, losing Love once and for all. However, Love is suspicious of her husband and devises a plan in case she is right. At a hypothetical farewell dinner, the two have a head-to-head confrontation, with Love sedating Joe, who falls to the ground, apparently paralyzed.

However, Love did not expect that he was also armed and is attacked in the leg with a syringe, whose contents are a toxic and lethal substance. Joe manages to recover, after all, Love tried to kill him the same way he had murdered James (Daniel Durant), her ex-husband, and knew how to protect himself.

While Love lay dying, Joe ran to rescue Henry and burn down the house. Joe finally manages to escape, but is presumed dead after cutting off two of his toes and leaving them at the scene as “confirmation”. Eventually, he restarts his life in Paris, and although Joe’s expectations were to hook up with Marianne after he gets rid of Love, that’s not quite what happens.

In what order to watch the films of the Lord of...