Home Entertainment You: Suga and ØMI Debut Their Collaboration, How Does The Song Sound? 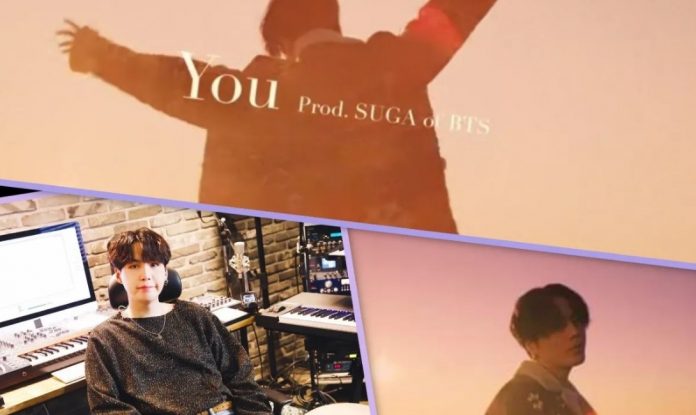 BTS’s Suga worked as a producer for the song ‘You’ by Japanese singer ØMI, how does the song sound? Producer Suga showed all his talent for ØMI’s ‘You’ and with the premiere of the song we can find more of the talents of the BTS idol.

Suga of BTS is a real artist complete, his work is not limited to singing and dancing, the idol has also been a writer , composer and producer in songs Bangtan Sonyeondan ; something that shows us that music is what moves his life and he really has a great passion and dedication for it.

Now, Yoongi not only lends his talent to Bangtan and ventured to work with artist ØMI , a Japanese singer who released his digital single called ‘Answer … Shine’ and for the song ‘You’ he had Suga as a co-writer. and producer as both artists worked together for the lyrics of this track.

Today, finally, this special song was released as Suga reflected all his talents for it and it is a composition that sounds phenomenal, Hiroomi Tosaka’s voice shows an essential emotion that enhances this great track even more.

Today, finally, we heard ‘You’ Omi , song Suga of BTS co-wrote and produced this track is full of love and gratitude, especially for fans of Hiroomi Tosaka; With an acoustic guitar that harmonizes the singer’s voice , good rhythm , a fresh sound and a hiss that can be contagious, ‘You’ is a very enjoyable song.

Suga definitely shines as a producer on this great song that ARMY has loved and is already supporting since its premiere.

WHY IS THE ØMI SONG PRODUCED BY SUGA CALLED ‘YOU’?

‘You’ means ‘You’ and this name was chosen for the song produced by Min Yoongi , since he wrote the word ‘you’ many times in the demo for the track so he thought it would be a good idea to name it.

This is how we have more than the talent of Suga BTS on new songs that carry all your personal and demonstrates its versatility seal besides the love and passion he has for music .

The phonograph phone (1) appears in black