Home Entertainment You may not be able to install them on a 500 GB... 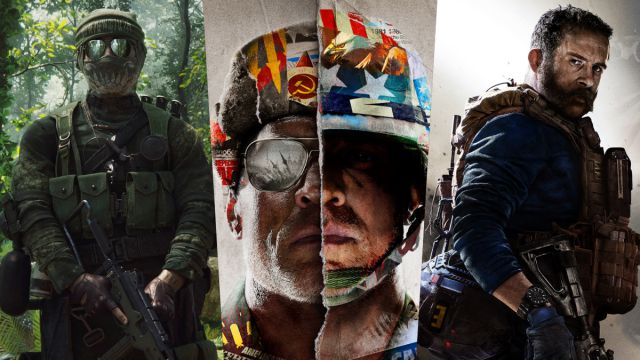 Activision advises that you may have to uninstall parts of Call of Duty: Warzone and Modern Warfare to install the new patch.

The space occupied by the latest games in the Call of Duty saga has been a problem since their respective releases. Infinity Ward has mentioned on several occasions that its intention is to reduce the weight of the installations, something that has been alleviated with the possibility of installing different parts of the games to the taste of the players. However, those who want to keep Modern Warfare, Warzone and Black Ops Cold War on their hard drives and with all their add-ons installed, may be forced to uninstall other video games, at least those with a 500GB PS4. This is what Activision itself has warned in a message collected by Eurogamer.

“If you have both games installed and kept them up to date, you may have to uninstall some of the content you don’t use in order to download and install the Warzone patch for tonight.” Although you can follow that recommendation, it is still an unequivocal sign that storage is still a major problem in the popular Activision saga, something that increases if you also install Call of Duty: Black Ops Cold War on your hard drive. from your console.

How big is the Warzone patch?

Warzone Season 2 patches aren’t exactly lightweight. Below we offer you the exact size in all its versions:

PlayStation 5: 17GB
PlayStation 4: 17GB
Xbox Series X / Xbox Series S: 17.9GB
Xbox One: 17.9 GB
PC: 16.9GB (Warzone only), 20.8GB (Warzone and Modern Warfare)
Call of Duty: Warzone was released as free-to-play on PS4, Xbox One, and PC in March 2020. The game, which is playable on PS5 and Xbox Series X / S, has begun its integration with Call of Duty: Black Ops Cold War, as it will continue to be updated together, with content and themes related to the new main video game.

How to issue Gallium in Warframe