Home Movies You can thank the Johnny Depp trial for all those people dressed... 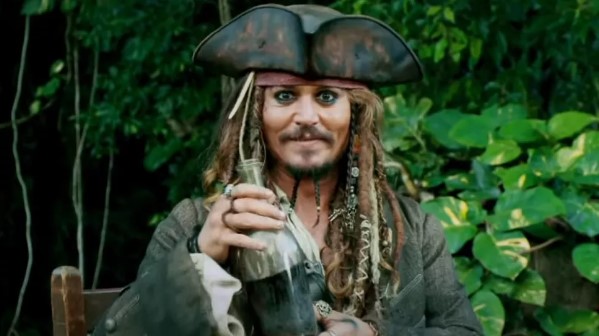 Get ready for a lot of Jack Sparrows asking about rum this Halloween.

While celebrity lawsuits are known for attracting attention, the litigation of Johnny Depp and Amber Heard is on a completely different level. The two actors have been suing in court for years, but the situation has escalated and become especially viral because of their libel case in Virginia. And you can thank this Depp trial for all those people dressed up as Jack Sparrow from Pirates of the Caribbean for Halloween this year.

The defamation case of Johnny Depp and Amber Heard dominated the news as the action played out in court, and the cameras in the courtroom allowed many moments to go viral or turn into memes. And, according to TMZ, it appears that the high-profile nature of their case (which is still in the appeal process) has inspired a whopping 90 percent increase in sales of “Pirates of the Caribbean” costumes. So buckle up, it looks like we’re going to see a lot of people in Jack Sparrow costumes asking about rum.

TMZ received this sales report from the site’s management HalloweenCostumes.com , which, unsurprisingly, is a popular place to shop online. They have several different Jack Sparrow costumes, but the seller has reportedly already sold 85% of his inventory related to Johnny Depp’s Disney movie franchise. It is obvious that after his victory in court, interest in both Pirates and the actor himself resumed.

Of course, I have to wonder how many of these buyers will wear the traditional Pirates of the Caribbean costume, and how many will make their own changes related to his libel case against Amber Heard. People tend to like making Halloween costumes dedicated to pop culture events, and perhaps there was nothing more viral this year than Johnny Depp and Amber Heard in court.

On the other hand, the seriousness of the defamation case may dissuade Halloween celebrations from specifically targeting the trial of Heard and Depp. Both actors have made serious allegations of mistreatment of each other, including physical, emotional and even sexual. And so any Halloween costumes that refer to the lawsuit may be deemed insensitive.

Every day of the trial of Johnny Depp and Amber Heard appeared in the headlines of new headlines, especially when the pair of actors performed for several days in a row. Each frame of the footage was analyzed by the public, who took sides over a cup of coffee and voiced it online. And, in the end, it seems that movie lovers mostly sided with the “Pirates of the Caribbean” actor, as can be seen from the sale of Jack Sparrow costumes for Halloween.

Despite the constant popularity of Johnny Depp’s most iconic character, he is currently not tied to the role of Jack Sparrow in any of the “Pirates of the Caribbean” films being developed by Disney. But he was busy as a musician and actor, and also recently started working as a director. In the meantime, check out the movie’s release dates in 2022 to plan your next movie.