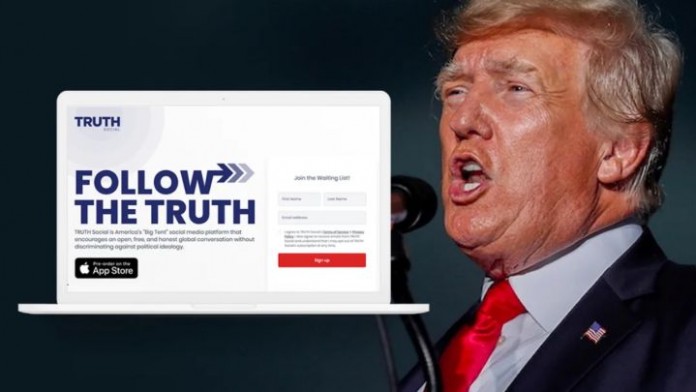 That Donald Trump, ex-president of the United States -it is incredible that he came to be- was not going to be quiet for a long time was a palpable fact. But his return may be more viral than expected. After what many Americans considered an affront to their country, fomenting the assault on Capitol Hill, the social networks that were already cracking down on Trump decided that was enough.

According to the Deadline media in March 2011, Jason Miller – Trump’s aide – told Fox News’ Media Buzz that the former president planned to return in a few months with a new social platform. Miller did not elaborate, but in his words, this social network “will completely redefine the landscape.” In fact, Trump has hinted in the past about these types of plans, and after his public ‘backlash’ after the Capitol, it seems that he seeks to return with something in which he has an absolute voice and vote, while serving as a platform for all his followers.

At the same time, this totally own social network would serve to return to the political and public arena in a big way, and according to Deadline it would have weight in the eternal political battle of Democrats against Republicans, since it would “galvanize a conservative movement that has been fractured by the strict controls on other social networking services and deploration by service providers.”

But, who would help him set up that social network? Trump has millions of fans and millions of dollars, but American society has not forgotten what happened last January. Whether Trump wants to set up his own Facebook is one thing, whether or not he can get the infrastructure he needs is another.

Deadline noted that Shopify and Stripe walked out of business with Trump following the US Capitol riots, and major cloud providers such as Amazon or Microsoft may be reluctant to lend support given allegations that Trump fueled the violence on Capitol Hill.

This announcement finally materialized in ‘From the Desk of Donald J Trump’, a kind of blog that was far from the revolutionary social network that the controversial tycoon had hyped so much. In fact, the website was shut down for good less than a month after its launch, after attracting only a fraction of the audience he would have expected through established sites.