Home Tech You can disable the resistance of triggers in FIFA 21, PS5 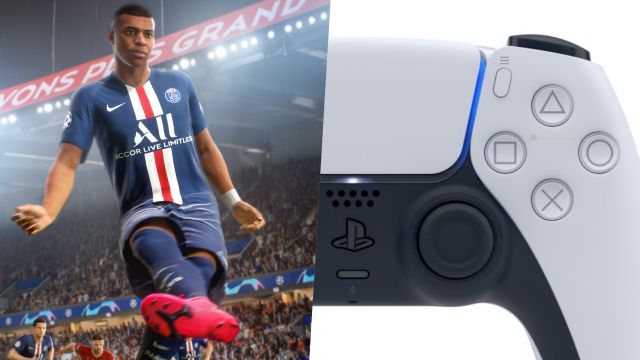 FIFA 21 will allow PS5 players to deactivate the resistance of the DualSense triggers from within the game, until now possible via the system.

The latest update of FIFA 21 on PS5 allows you to remove the resistance of the DualSense triggers from within the game. After having seen a noticeable reduction in this aspect of the controller in the previous patch, now you can deactivate it without having to do so in the console settings.

As explained by EA Sports in the patch notes, now available, when the “enhanced vibration” option is changed in the knob settings to “off or classic”, the intensity of the dynamic adaptive trigger effect will change to off, that is, we can run without feeling a force when pressing the trigger.

What happened to the DualSense in FIFA 21?

For those who do not know what happens with the port for PS5 of FIFA 21, the sports simulator takes advantage of the new functions of the control of the fifth generation of PlayStation. The DualSense has two key elements: haptic feedback and adaptive triggers. It is the second point that has generated controversy among the community, who saw a disadvantage having to deal with the resistance of these buttons when wanting to run with a player.

The energy of the footballers was linked to the triggers: the more effort they make, the more difficult it becomes to squeeze. By changing so many times between controlled player per game, you will notice leaps in resistance in a matter of seconds. Some users shared “how uncomfortable” it is in practice, especially in online confrontations.

Although the feature could be disabled through the system, doing so disabled it from other games; you had to turn it back on (in case you wanted to) if you skipped, for example, to Sackboy or Marvel’s Spider-Man: Miles Morales, two of the titles that use it. In any case, from now on it will be possible to configure it within the FIFA 21 options.

As for FUT news, you can currently get hold of a series of Future Stars cards in which Cucurella is the protagonist. Click on this link to know how to complete all the objectives.