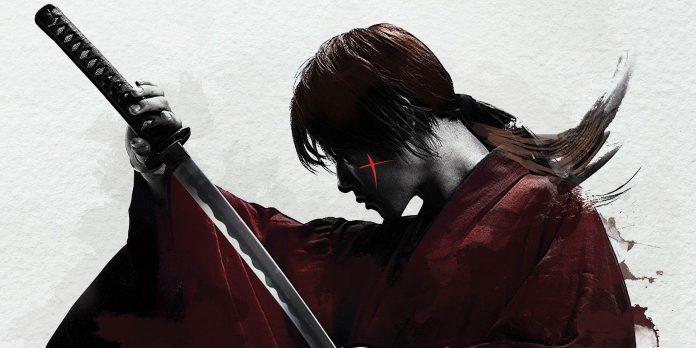 Fans of Rurouni Kenshin can now watch the first-ever live-action adaptation on Netflix, making it the third addition to the platform’s Kenshin movie collection. This belated release raises questions about when the rest of the films in the series will be added.

Back in 2016, Funimation acquired Ruruni Kenshin’s live-action films, which at that time were a trilogy. They’ve even brought limited-edition movies to U.S. theaters and released them on Blu-ray, and while physical releases can still be found online, Netflix is also gradually moving movies to its platform.

The first film released in 2012, titled Origin in the West, was an adaptation of Nobuhiro Watsuki’s manga of the same name about a wandering ronin who vowed never to kill again as compensation for his assassin past. The film is the culmination of several arches from the very beginning of the manga, combined to tell the story of Kenshin’s origin and introduce a wide range of characters from the series.

Here’s a synopsis of the original movie, according to Netflix.

In 1868, after the end of the Bakumatsu War, the former assassin Kenshin Himura crosses Japan with an inverted sword to protect the needy without killing.

Directed by the series “Ruruni Kenshin” from Warner Bros. Japan is Keishi Otomo, which, among others, stars Takeru Sato as Himura Kenshin, Amy Takei as Kaoru Kamiya and Munetaka Aoki as Sagara Sanosuke. It is considered one of the best anime adaptations to a live action movie. The first film was followed in 2014 by two sequels: “Kyoto Inferno” and “The End of the Legend”.

In 2021, Netflix introduced Kenshin’s newest live-action films, “The Finale” and “The Beginning”, and only them, on the platform. This meant that the original trilogy, which served as the basis for such convincing film projects, was missing. It’s a strange decision indeed, but with the addition of the first movie, it looks like viewers are getting closer to making the entire series available for streaming.

As the titles suggest, “The Finale” is the culmination of all the films preceding this moment, with the final battle against the villain from Kenshin’s past forcing him to gather all his allies to save Japan. Surprisingly, the last released film is “The Beginning”, which dates back to the days when Kenshin was a murderer, and adapts the story “Trust and Betrayal”, which is considered one of the best in the series. The animated OVA of this arc is one of the most respected OVAs in anime.

It can be assumed that the exclusive streaming rights of Funimation may be exhausted, which will allow Netflix to also participate in the promotion. At the time of writing, there are no signs that Kenshin is leaving Funimation, but it is known that over time the company loses the rights to certain franchises. The acquisition of Crunchyroll by Funimation has left a lot of questions up in the air.

The Funimation store page directs visitors directly to the Crunchyroll store page, where only the third movie is available at the time of writing. The rest of the films are available through Amazon, but for how long is unknown. Whether Crunchyroll will resume acquiring films or not is too early to say. It is likely that Netflix will buy the rights and supplement the collection on its platform.

As it is now, viewers wanting to watch movies on Netflix won’t have the full picture, but having an introductory movie is better than nothing at all. Without the second and third films, there are numerous minor characters who have a great influence on the plot, a big sacrifice in a series with such a colorful cast of characters.

Ruruni Kenshin is available for streaming on Netflix in addition to the two latest films, “The Finale” and “The Beginning.”

The world of Netflix surprised by the sad goodbye of another...