Home Entertainment Yooka-Laylee Will Have A Sequel; Playtonic Expands With Tencent 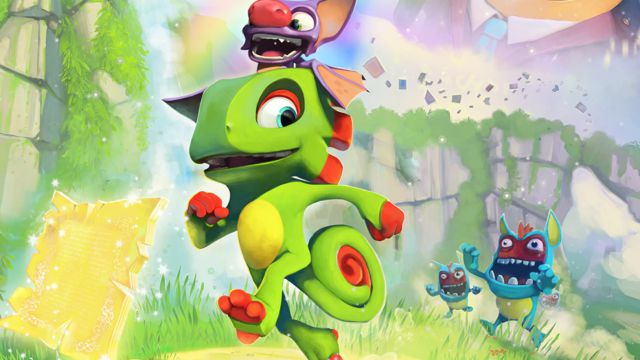 Yooka-Laylee: Tencent has invested the British company through a shareholding that will allow both parties to benefit. Future plans. Chinese giant Tencent has acquired a minority stake in Playtonic Games, a British studio made up of former Rare employees known as Yooka-Laylee and Yooka-Laylee and the Impossible Lair. If the study plans were already publishing independent titles under the Playtonic Friends label, now they assure that they are working on various video games; among them, “surprises”. The most anticipated, at least for fans of the aforementioned couple, is a sequel to their famous title, a tribute to traditional 3D platforms.

The incorporation of Tencent as one of the Playtonic shareholders will not compromise the independence of the team, which will be able to keep its creative vision intact.The Asian corporation has recently made purchases in Japan, which added to those of China and Europe and Europe (3.8% Remedy Entertainment, for example), now adds a small independent team made up of great talents.

Playtonic will go from 40 to 90 employees: growth and greater objectives

This partnership translates, in essence, into increased production capacity for Playtonic Games, which will more than double its human capital. According to the information, they will go from 40 to 90 employees; an infrastructure that will go from a single development studio to three teams in parallel.

This will allow Playtonic to work on several video games at the same time; among them, the aforementioned Yooka-Laylee sequel. To this must be added the Playtonic Friends label led by Danny Spiteri, a movement similar to that carried out years ago by Yacht Club Games (Shovel Knight), who not only develop, but also edit video games after the success of their debut feature.

“Ultimately, it all comes down to us making more games. We want to make more games more frequently ”, recognizes Gavin Price, director of Playtonic Games in a meeting with GamesIndustry.

The Good Doctor: Showrunner talks about the future