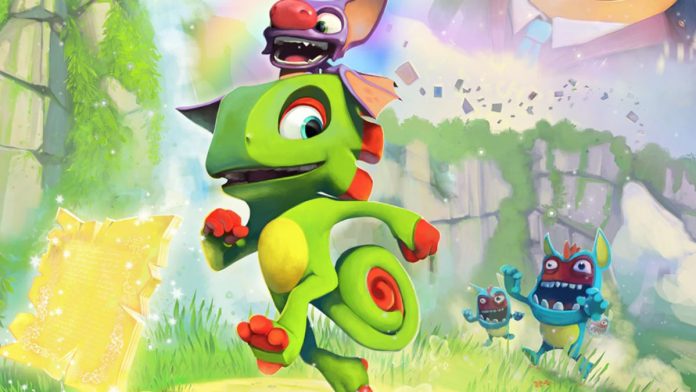 Playtonic Games continues to grow and decides to bet as a publisher; In addition, they confirm that they work on more than one video game of their most emblematic partner.

Playtonic Games is one of the most emerging British studios on the independent scene today. Made up of members who once worked at Rare to color and shape Banjo-Kazooie and Donkey Kong Country, their Kickstarter debut was an immediate success: their first video game, Yooka-Laylee, was to be a reality thanks to the support from their patrons. With a million dollars in 24 hours and a total of 73,206 backers at the end of the campaign, what was initially a success went on to become one of the most successful projects of the crowdfunding platform of all time.

Now, with two video games published and caught in the wake of success, this team faces new business and creative challenges. After the confirmation that they are working on several games by this couple, Yooka-Laylee, there are reasons for joy among lovers of platform titles … or maybe they will embark on other genres?

The most recent news of the study summarized in four keys

Let’s start at the beginning. After Yooka Laylee in 2017, a tribute as a spiritual successor to Banjo-Kazooie, the result of which was remarkable but with ample room for improvement, came Yooka-Laylee and the Impossible Lairen 2019, which did the same with Donkey Kong Country (taking elements from both Rare and modern Retro Studios installments) in two dimensions.

One platform in 3D and another in 2D, with a lot of experimentation, risks (not all their bets and mechanics have worked in the same way) and ambition to establish itself as a major study. For now, the publisher Team17 has relied on them for distribution tasks, successes relevant enough to see the light even in physical format.