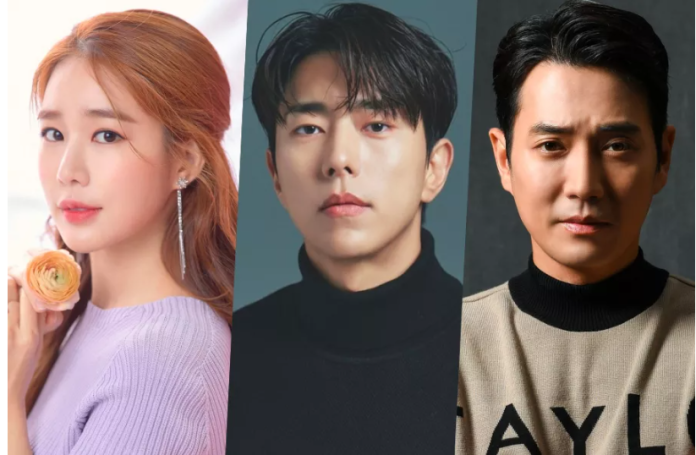 “Bo Ra! Deborah” is a romantic comedy that tells the romantic story of the greatest dating coach Deborah and the carefree Soo Hyuk who struggles with love. The drama will be directed by Lee Tae-gon from “Crazy about Each Other”, “Diary of a Prosecutor” and “Hello, My Twenties” seasons 1 and 2, and the script is written by screenwriter Ah Kyung, who wrote “Crazy about each Other”. ” Earlier it was also reported that Chanson from 2PM and Sojin from Girl’s Day will play in the drama.

On December 5, it was confirmed that Yoo In Na, Yoon Hyun Min and Joo Sang Wook will be starring in the drama. Yu Ying Na will turn into the best dating coach Deborah, a witty and honest influential person in the dating field. She is even a star writer who has a best-selling novel about romantic relationships. However, despite being sincere about dating, she is not prudent when it comes to her own relationship, and instead gets stabbed in the back.

Yoo In Na, who will dynamically portray Deborah’s return after a failure in love, shared: “I’m happy and excited. I hope that many people will laugh, cry and communicate with each other. I will do my best to showcase a great project, so please look forward to it.”

Yoon Hyun-min will play the hot-tempered but charming publishing planner Lee Soo-hyuk. Passionate, though seemingly indifferent, and affectionate, but seemingly indifferent, Lee Soo Hyuk is a man who struggles with love. Sometimes Lee Soo Hyuk looks idealistic when it comes to dating, but sometimes he doesn’t seem to believe in love, which raises questions about his character. He finds Deborah, who speaks as if she has mastered all the romance in the world, unreliable and unsatisfactory. However, he begins to change as he unexpectedly intertwines with Deborah.

Yoon Hyun – min noted: “I am grateful for the opportunity to greet the audience with a new project for the first time in a long time. It’s a great honor for me to have the opportunity to work together with amazing actors and crew on a great script. I will work hard to do my best for filming.”

Joo Sang Wook will play Han Sang Jin, who is easy and easy to go on dates. As the CEO of Jinri Book Publishing House, he is a close friend and business partner of Lee Soo Hyuk. Sharp and well—mannered, Han Sang Jin is a mood maker who gets a lot of love from everyone. Instead of a serious relationship, he enjoys a free life, which makes him a rather difficult person.

Having showcased a variety of diverse characters in different genres in the past, Joo Sang-wook shared, “I will welcome the audience with ‘Bo Ra! Deborah”, which will awaken the love cells of the audience! It’s nice to welcome everyone with a modern drama after a long time. We’re having fun getting ready with the greatest director, actors and staff, so please expect.”

House of the Dragon: GoT Spin-Off Series Gets First Official Images