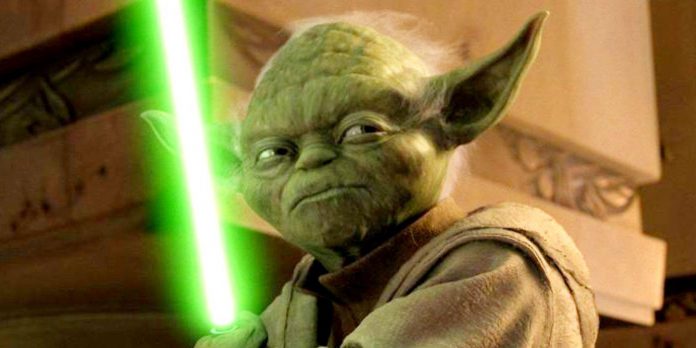 Despite not having to use the Force to wield a lightsaber, his image in the Star Wars galaxy has become so attached to the Jedi that it’s hard to imagine one without the other. Naturally, most of this connection is connected with the exploits of the Jedi, who were able to accomplish using a lightsaber. The reality, however, is that the connection between a lightsaber and a Jedi was much more than a swordsman’s weapon.

In the Legends comic “Star Wars: Jedi #1” by Jeremy Barlow and Hoon, Master Yoda agrees to go to the planet Tustra as a representative of the Galactic Republic during the Clone Wars. Shortly before leaving, Yoda meets with Obi-Wan Kenobi, whom he has not seen for a long time. Kenobi has just returned from a mission on Jabiim, which was extremely difficult, and Kenobi questions his abilities as both a Jedi knight and Anakin’s mentor. In an attempt to console and praise Kenobi for his progress as a Jedi, Yoda points out some key Jedi philosophical ideas that Kenobi is best considering.

By topic: Yoda will go crazy because of the most arrogant creation of the Jedi

Yoda tells Kenobi the story of a great swordsman who once said, “The best blades are kept in the scabbard.” Obi-Wan interprets the swordsman’s comment as meaning that since Jedi are expert lightsaber users, and people know this, the public is likely to behave decently, fearing what will happen if they provoke a Jedi reaction. This “non-use” of the lightsaber for Kenobi is much more powerful than the damage that the blade can do when ignited, since it focuses on the hidden power and skills of the Jedi, and not on the weapon. Jedi, not a lightsaber, are the real weapons to be afraid of.

Given that there is no real blade on the lightsaber until it lights up, Kenobi’s interpretation is quite reasonable. Indeed, with a traditional sword, people know what is inside the scabbard, and if anyone doubts this, the swordsman can simply grab the hilt to expose the real metal inside and the pain that will come if it is completely removed. On the contrary, a lightsaber is not a threat, but the potential of a Jedi as a weapon.

Yoda agrees that Kenobi’s interpretation is one way to understand the meaning of the swordsman, but not the understanding he wanted Kenobi to extract from him. Instead of thinking of the swordsman and the sword as separate objects, Yoda advises Kenobi to consider them as different representations of the same object. Using this point of view, he will understand that a rarely used sword will remain sharp and clean and will not become an instrument of destruction. This will be the case even if the shell that holds it becomes “battered and worn out”. The point of Yoda is that Jedi are like swords. The less their power is used, the “sharper” they remain, even when their “scabbards” experience the chaos and difficulties of many battles. As in Kenobi’s interpretation, Yoda’s point of view sounds particularly relevant when considering a lightsaber, a sword that is theoretically always sharp, no matter how many times it is used.

While Yoda’s ideas about the connection between the lightsaber and the Jedi may be insightful to Kenobi, he nevertheless acknowledges that the current circumstances in the Star Wars galaxy necessarily require the Jedi to draw their blades. And the more they do this, the more likely it is that the blades of lightsabers and their Jedi owners will surely crack, break off and break.