Affected by the general bearish wave, YFI recovered. After Coinbase Pro, one of the largest cryptocurrency exchanges in the world, announced that it would list yearn.finance, the price of the DeFi token approached $ 35,000.

Running from record to record since its launch in August, the yearn.finance (YFI) has increased its value to its own record $ 39,000. The downwinds that affected the entire cryptocurrency industry also hit yearn.finace, and YFI dropped to about $ 18,500 on September 5. However, the interaction between Coinbase Pro, one of the world’s leading cryptocurrency exchanges, with YFI seems to have excited investors.

After Coinbase Pro announced yesterday that it will list YFI, one of the social media platforms, the lights of hope are burning again for the DeFi token. Coinbase Pro announced in the announcement that they will open the YFI / USD pair in “transfer only” mode as of Monday, September 14, and trading will start on Tuesday.

For YFI, which has managed to increase its price from $ 28,700 to $ 34,883 in the last 24 hours with the effect of the announcement, the wind seems to be in favor of the bulls. Although Yearn.finance’s crazy bullish rally seems to have been affected by the recent declines, with the effect of Coinbase Pro, YFI has managed to increase its value by over 10% in the last week. YFI, which increased by 20% in less than 24 hours, experienced a small retreat in the last few hours. YFI is currently trading between 32,800 – 33,200. 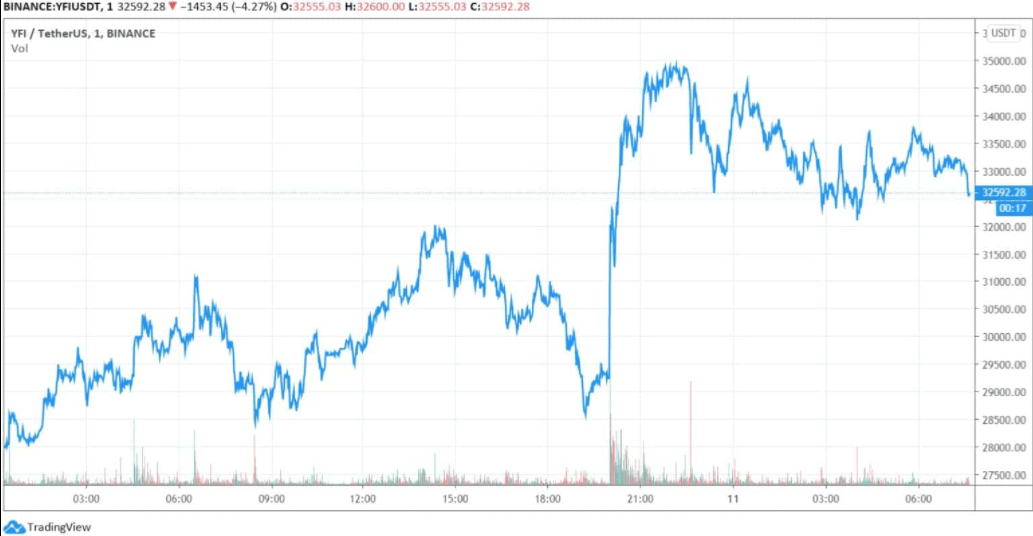 Being listed on Coinbase is not just YFI, it means a chance for each altcoin to rise. But YFI has other advantages than taking part in Coinbase. While the maximum supply of bitcoin is 21 million, for YFI this figure is only 30 thousand. Yearn.finance’s extremely low supply of 30,000 units allows both experts and market analysts to make wild predictions for YFI.

BitMEX CEO Arthur Hayes suggests that the potential of YFI is substantially large and the YFI price could go up to $ 100,000. If this prediction sounds cold to you, it means you haven’t heard the predictions of other experts yet. Ryan Watkins of Messari, one of the leading cryptocurrency research platforms, thinks the YFI value can be $ 1 billion when looking at the maximum supply of 30,000 tokens, while David Hoffman, one of the founders of Bankless, argues that the YFI price could rise to $ 3 billion.

BTS ready for Disco in first trailer of ‘Dynamite’

Bitcoin Is Very Close To Break A New Record