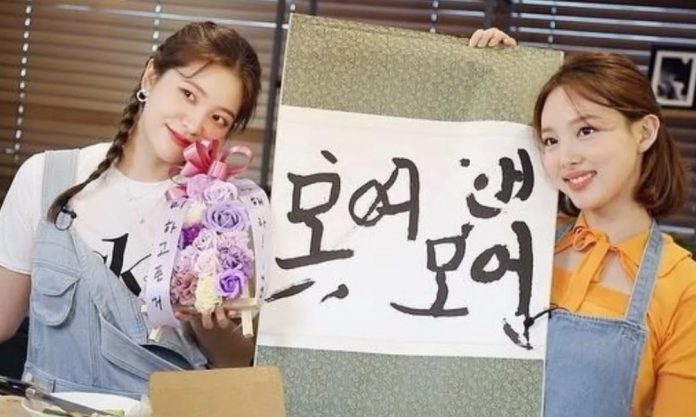 Although they are from different groups, Yeri and Nayeon have been able to enjoy their time as friends, she knows their history.

Red Velvet’s Yeri and TWICE’s Nayeon have managed to build an adorable friendship, as they have known each other since trainees, she knows their history and the best moments they have shared.

K-pop is full of idols who seek to fulfill their dream in music and audition for different companies, some of them being very young they cross their path with other colleagues in the industry, they train together, they attend the same agencies or they studied in the school , Nayeon and Yeri joined their paths through friendship.

On social media, Red Velvet’s Yeri fans have shared various photos, videos, and moments where the idol demonstrated her social skills and that makes her the perfect prospect to be your best friend, TWICE’s NayeonHe is lucky to have formed an adorable bond with the singer.

According to information from some fans, Nayeon was attracted to Yeri’s personality from the first time they met, over the years they have shown mutual affection, support, they have made gifts and they have posed in front of the camera, demonstrating that despite being from different groups they are more united than ever.

THE FRIENDSHIP BETWEEN TWICE’S YERI AND NAYEON

Fans have been able to witness the moments that Yeri and Nayeon have shared . The Red Velvet idol is an example of a best friend, as she has shown her love for the singer with birthday gifts, on one occasion she gave her a necklace, the TWICE member showed it off on her social networks.

Yeri also invited her to one of her fancafe events and invited her to her “Yeri Bang” show, where they cooked cookies that they gave to Momo. In her social networks, Yeri has left comments and compliments towards Nayeon and calls her “unnie”(sister in corana), the idol also shares with her a couple’s ring as a symbol of their friendship.

Their bond is very close, she even has a nickname that was given to her “YemYemi. Awwww! During awards or shows, they have never missed the opportunity to spend time together, hug, or support each other in each comeback of their respective groups. Yeri also received her comfort during speeches on behalf of SHINee’s Jonghyun, a difficult time for all idols.

The Red Velvet singer always calls her to congratulate her on her birthday, both have shown that their friendship is very strong and they love each other as sisters.

Seulgi has also managed to establish an adorable bond with BLACKPINK’s Jisoo, the idols have shown mutual support in each of their projects.