Home Celebrity Yeontan, V’s pet, is the most famous and envied puppy 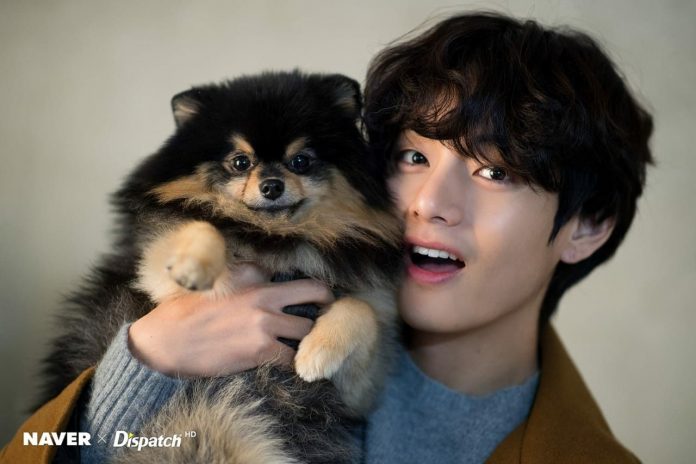 Yeontan, V’s pet has become one of the most famous and envied dogs of celebrities, even Little Mix has shown his charm for him.

The K-pop group BigHit continues with their winter break break, although they promised that in 2021 they would release a new MV, it is also speculated that Jungkook or V will release their first solo mixtape. The boys had a great year thanks to ARMY’s support , but they have also had the love and company of Yeontan.

Through the Entertainment Weekly portal of the KBS chain, a list of celebrities’ pets was released , among them Yeontan, V’s dog., who has won the heart of ARMY by becoming one of the members. For 3 years, his fame and popularity has been growing, because he is always with the boys.

Of the Pomeranian race , Yeontan came to V’s life in 2017, the idol confessed that he decided to adopt him, he even consulted several experts for his care, as he had health problems. The first description he gave him was that of an angry puppy and it made him want to hug him, since then he has shared various moments with V and BTS that have been captured by the camera.

Yeontan’s name has been positioned on Twitter trends on various occasions, either for his birthday or for a photo or video that Taehyung has shared , he even had his own photo session with his owner, who has confessed that he misses him every time he goes on tour.

Little Mix’s Perrie has also declared herself her fan, the singer recently liked a post where she was tagged and shown a photo of the adorable puppy. The BTS member’s mascot was ranked 10th on the list of popular pets and celebrities. According to the portal, ARMY

has created the search term “How to be Yeontan”, because they envy that the puppy can be with BTS and receive their pampering, especially sharing time and being the best friend of V.

ARMY also has favorite moments within the group’s career, such as Jungkook Day, find out what is celebrated on this day.

Meghan Markle ever ready to return to England?