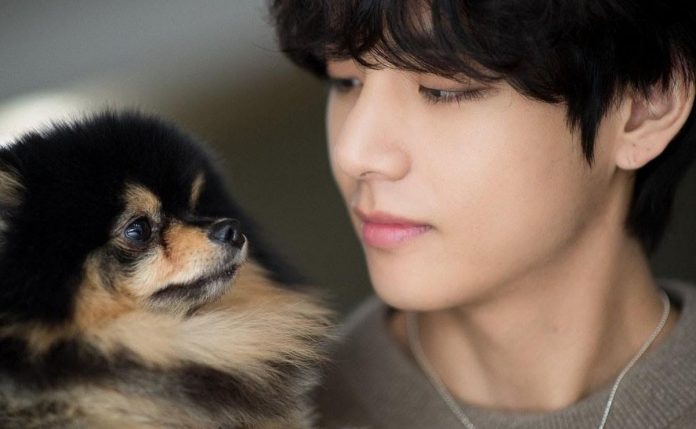 V and Yeontan showed off their good relationship, modeling skills, and unforgettable moments in the official video of Bangtan Sonyeondan’s idol notes for ‘BE Essential Edition’.

The boys of BTS started with many projects in 2021, soon they will release the new version of the album ‘BE’ called ‘Essential Edition’, which will contain the same songs and the plus will be the merch that will include the repackage.

As a promotional activity for the studio record material, the members of Bangtan Sonyeondan created emotional individual voice notes starring their sweet and melodic voices.

Through the Twitter platform, the Big Hit Entertainment company released the video clip of Taehyung’s personal note, the K-pop idol modeled next to Yeontan, his adorable pet. Read on for all the details.

V SING ‘BLUE & GRAY’ AND WAS ACCOMPANIED BY YEONTAN

V and his pet, starred in one of the most moving moments of so far in 2021, the music star performed an excerpt from the song ‘Blue & Gray’, the audio had the concept of a home or retro recording, which It gave it the perfect nostalgic touch.

The excerpt that V performed from ‘Blue & Gray’ was:

Where is my angel At the end of the day someone come save me, please. It is the sigh of a tiring day and I think everyone is happy. Can you look at me? I am blue and gray, the meaning of the tears reflected in the mirror hidden behind my smile, my colors, blue and gray.
The video showed Kim Taehyung writing some sentences of the theme of ‘BE’ on his cell phone, while Yeontan appeared next to his owner, the clip was edited with a sepia filter and overlaid images of palm trees, ocean waves and a close-up of the eyes of a BTS member.

Yeontan showed his good behavior, cuteness and curiosity of him, the Pomeranian puppy closed the footage with an adorable scene as he approached the camera and smelled it with some gestures worthy of an incredible pet.

The way Lucifer Morningstar can have children