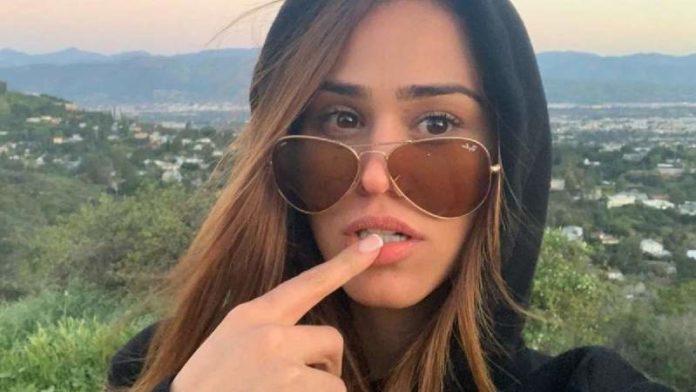 Yanet Garcia shares a bold photo from the room, raises her shirt too much and they look. The weather girl was encouraged to show off what never before, at least not that way.

Yanet Garcia once again set social networks on fire after sharing a hot photograph from her room, this time she was encouraged to show a part of her body that had not shown her before, at least not in that way.

On Saturday morning, Yanet woke up with her little pet, the puppy called “mamacita”, and had no better idea than to surprise her fans with a tremendous postcard, in which she not only appeared next to the dog, but did flaunted her figure and left a part of her body exposed.

The driver’s post caught everyone’s attention because she is known for her back attributes, but this time she made it clear that she also has a good lead.

While it seems that Garcia in the snapshot is completely natural, and the fact that a part of her breasts were seen too much was an oversight, many of her fans argue that she lifted her shirt with the intention of showing another of her virtues.

The image was taken in Beverly Hills, after it was commented that the Mexican would leave the country after leaving the Hoy program. It should be remembered that in recent days she has been embroiled in controversy over the alleged relationship she had with Raúl Araiza.

Taeyeon receives all the love from SONE on her birthday