Home Tech Yamauchi says Gran Turismo 7 will bring it back 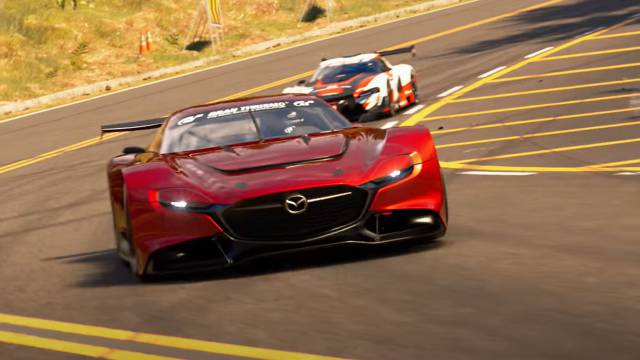 New from Polyphony Digital is coming to PS5 sometime in 2021 with the goal of delivering a classic, golden age experience.

Gran Turismo 7 will seek to respond to those fans who long for the philosophy of Gran Turismo 1 to 4, those who combined a simulation game with a management title, component improvement and, ultimately, make you feel part of the motorsport culture. . This is how Kazunori Yamauchi, father of the saga and head of Polyphony Digital, expresses himself in an interview with Octane Japan (via GT Planet). In his words, the new installment for PS5 will take the best of Sport in its multiplayer bet, but will bring back what made the series great.

Still without a release date but with the aim of seeing the light in 2021 on PlayStation 5, Gran Turismo 7 “will return to the real purpose of full deliveries as [Gran Turismo] 1-4, and will seek to provide the best Gran Turismo experience today ”, It indicates.

It goes without saying that the infrastructure of the series’ competitive tournaments has reached an international scale, with thousands of players competing in organized tournaments and with an online infrastructure that continues to grow over time. The history of Gran Turismo Sport went from less to more. “There will be a heritage of elements such as the [FIA] championships held in Sport”, but combining the past with the present and the future, as he already said last July.

“I myself have grown up as a car enthusiast, surrounded by the influence of Japanese car manufacturers and their broadcast in the media,” says Yamauchi, referring to that devotion that went beyond study, as the boom in broadcasts Sports car has also grown considerably in the last two decades across different automotive disciplines.

“And that is also the drive behind my production. Although the title has been played all over the world, I never forget that it originated in Japan, and now I feel the responsibility, the mission, to inherit the Japanese automobile culture, “he adds regarding the origins that defined the series, with that certain RPG component.

Gran Turismo 7 has confirmed that it will take advantage of the functionalities of the DualSense controller, such as adaptive triggers and haptic feedback, as well as 3D sound to generate a more immersive atmosphere and an almost total reduction in loading times thanks to the SSD memories. In this article we review everything we know about the game to date; apparently, there will be no version for PS4. Sony has confirmed that the goal of the title is to achieve 4K resolution with HDR and 60 FPS on PlayStation 5.

Google now highlights exactly what you wanted within the search