Home Entertainment Yakuza: Like a Dragon Starts with Trouble on PS5 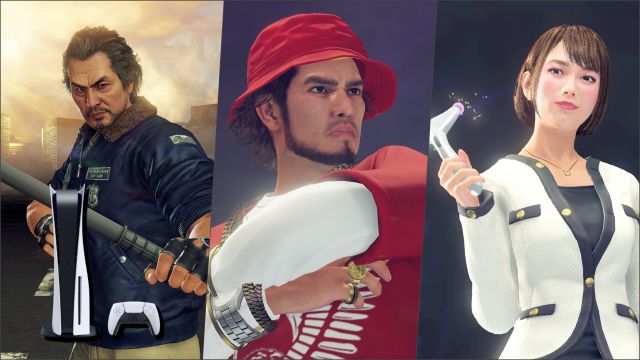 Ryu Ga Gotoku is aware of the issues encountered in the release of the PS5 version of Yakuza: Like a Dragon. They hope to fix it “soon”.

Yakuza: Like a Dragon arrives today, March 2, on PS5. The new generation version on PlayStation debuts with problems, as users have reported on social networks. The Ryu Ga Gotoku Studio confirms that they are investigating what happened.

“We are aware of the issues surrounding the launch of Yakuza: Like a Dragon on PS5, which is preventing some players from downloading the game, DLC, and accessing the free upgrade from PS4. We are investigating the problem and we hope to have it resolved as soon as possible “, they explain through Twitter, where they conclude by thanking” the patience and continued support “of the fans.

The bugs have splashed communities like ResetEra and Reddit, where we can read the compatibility issues that have appeared in the port. Those who have the digital PS4 version are not eligible for the PS5 version at this time. Only physical copies have been able to access the next generation upgrade. Naturally, this is unintentional: it is expected to be resolved soon. On the other hand, some additional content is not recognized, such as the legendary costume pack, free with copies of the Ichi edition, which in Spain was the standard initial print run.

The seventh main numbered installment concludes its wave of releases, which began in the West last year. After going through PS4, Xbox One, Xbox Series X | S and PC, Ichiban Kasuga and her companions join the fifth generation of PlayStation. They do it with a version similar to that of Xbox: two display modes, one that renders at 1440p at 60 fps and the other at 4K resolution at 30 images per second. Unfortunately, if you played on PS4, you won’t be able to transfer your game.

Remember that the title has localized texts in Spanish, contrary to the majority of deliveries that landed in our country.