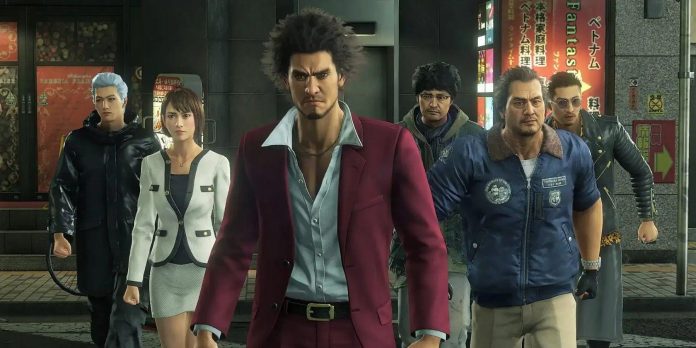 Sega has announced an RGG summit ahead of the Tokyo Game Show next week. The show is expected to feature Yakuza 8, the long-awaited sequel to Yakuza: Like a Dragon 2020, which rebooted the series with a new cast of characters and new JRPG-inspired combat mechanics. The game was also the debut of the series on next-gen consoles, which was launched as a next-gen exclusive on the Xbox Series X/S in November 2020, and then appeared on the PlayStation 5 in March 2021.

With the shakeups at Sega’s Ryu Ga Gotoku studio, including the departure of Yakuza series creator Toshihiro Nagoshi, it seems that 2022 will be the first year without a new Yakuza game or spin-off in the west for more than five years, and the first year without a new record in Japan since 2019. Given the internal shifts and departures, it makes sense that the newly reorganized Ryu Ga Gotoku Studios team is approaching the next entry with extreme caution, especially given the recent popularity of the series in the west. However, it seems that the wait for the official announcement of Yakuza 8 is coming to an end.

Despite the fact that the company initially teased the announcement at today’s live broadcast of Ryu Ga Gotoku Studio TV, Sega has now announced the RGG Summit 2022: Ryu Ga Gotoku Studio New Title Presentation, a presentation that will take place on Wednesday, September 14, 2022. The events suggest that Ryu Ga Gotoku Studio will present its newest game at an event that will take place just a day before the Tokyo Game Show 2022, where Sega will be present at one of the largest booths on the exhibition site. No further details were disclosed, except that it will be broadcast at 19:00 Japanese Standard Time.

Earlier this year, Ryu Ga Gotoku Studios revealed that it is currently working on “many” games, including the next main Yakuza game and a new IP, and even teased titles set outside the established worlds of Yakuza and Judgment, possibly as Binary Domain. Back in July, the studio presented the first images of the sequel Yakuza: Like a Dragon, which depicts Ichiban with a new hairstyle, and announced that the game will take place a few years after the events of Like a Dragon.

Despite the fact that today’s live broadcast was not shown, it is interesting to know that Yakuza 8 may get its own presentation just in time for the Tokyo Game Show, which means that Sega and RGG Studios are probably preparing to do their best for the title. This also means that the game may be just around the corner, as past screenings of Yakuza games on TGS were held just 3-4 months before their Japanese releases. Given that Sega has switched to the global release structure of Yakuza and Atlus games, this may mean that the worldwide release of Yakuza 8 may happen sooner than fans expect.

Yakuza 8 is currently in development.