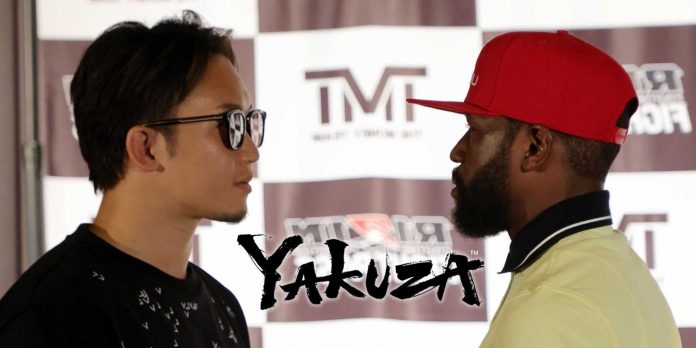 The simmering hype around the upcoming Yakuza 8 has recently reached boiling point due to an unexpected, but very long-awaited surge of information related to the mysterious game. Thanks to the new information, the main set of characters that will be presented in the latest title has been confirmed, which allowed fans to reflect on other important details of the game with greater clarity and authenticity.

Mikuru Asakura was the source of the recent disclosure, and Asakura is due to appear in the upcoming Yakuza game. Because of the direct impact Asakura has had by providing fans with such important information, many will understandably want to know more about him and the role he is likely to play in Yakuza 8.

Who is Mikuru Asakura from Yakuza 8?

Mikuru Asakura is a real, experienced mixed martial artist who competes in the Japanese Martial Arts Federation Rizin Fighting Federation in the featherweight division. Having won several championship titles in the weight category during his short but successful career, Asakura is one of Japan’s most famous MMA fighters. To understand how Asakura is considered in the world of fighting, he is going to fight the world-famous Floyd Mayweather in an exhibition boxing match in September this year.

Mikuru Asakura, also a very popular public figure in Japan, has a YouTube channel to which more than 2.5 million people have subscribed. As a testament to how popular Mikuru is in Japan, he should appear as a character in the upcoming Yakuza 8. Since this new Yakuza game is the first main game in the franchise since 2020, fans are trying to find information about the upcoming game. details of the game for some time.

What Mikuru Asakura said about Yakuza 8

As part of his participation as a character in Yakuza 8, Mikuru Asakura was invited to the headquarters of Ryu Ga Gotoku Studio, a Sega-owned development studio responsible for all Yakuza games. Filming a behind-the-scenes video of his experience in Ryu Ga Gotoku for his YouTube channel, Mikuru made footage of the development of Yakuza 8, which revealed a lot of information about the upcoming game.

The footage shows fragments of a cut scene featuring the returning protagonist of Like a Dragon, Ichiban Kasuga, as well as other characters Koichi Adachi and Yu Nanba. These shots essentially confirm that Yakuza 8 will be a direct sequel to the well-received Like a Dragon, continuing the story of Ichiban even further. In the footage, Ichiban is shown without his wild signature hairstyle, instead he wears a “man’s bun” pulled back. Although it is unknown whether the new Yakuza will support ambitious turn-based combat Like a Dragon, nevertheless, the confirmation of its composition is huge news.

It’s not unusual for Yakuza games to have real characters playing themselves, and real fighters are becoming increasingly popular in Yakuza cameos. It is possible that Mikuru Asakura will appear in the game as himself, fighting and befriending the player in a true Yakuza manner.

For example, in the plot “In pursuit of Pleasure” for Yakuza Kiwami, a real Japanese gold medalist in judo Shinichi Shinohara appears, and in the creator of the Yakuza 6 clan, famous Japanese former wrestlers appear as antagonists. Many of the flight attendants who appear in the franchise also consist of real-life actresses, and many fan-favorite aspects of the yakuza formula have been made possible by such cameos. Although the extent of Mikuru Asakura’s role in Yakuza 8 is, of course, still a matter of speculation, any appearance of such a famous and successful fighter as Asakura is likely to be memorable.

Yakuza 8 is currently in development.