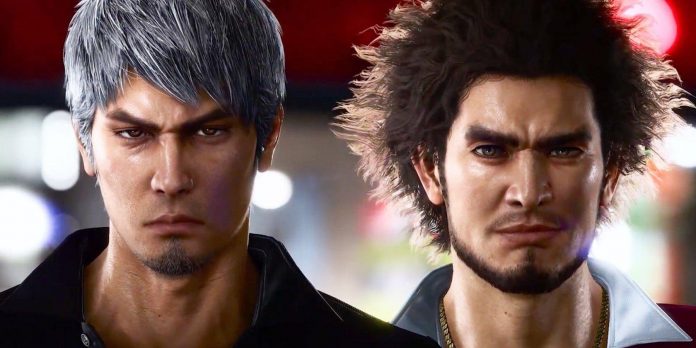 Yakuza 8 is finally officially announced by Sega with a release window. The latest release of the Yakuza series was Yakuza: Like a Dragon 2020, a game that became a soft reboot of the franchise, introduced a new protagonist Ichiban Kasuga, as well as a new setting and a new JRPG-influenced combat system. Now, two years after its release, Sega has introduced the next main part of the series, as well as two new spin-offs and the renaming of the series to Like a Dragon 8.

The Yakuza series first debuted on PlayStation 2 in 2005, and despite great success in Japan, the franchise failed to find its audience in the west, despite the localization of all the major games and the post-apocalyptic spin-off Yakuza: Dead Souls. Two titles inspired by Japanese history, known as Yakuza: Kenzan and Yakuza: Ishin, have not received localization due to concerns that Western audiences will not be interested in them. In 2017, the release of Yakuza 0, a prequel set 20 years before the first game, was released with unexpected success in the West, and this carried over into Yakuza: Like a Dragon 2020, which quickly became the franchise’s biggest success.

Given the popularity of Like a Dragon, it’s no surprise that developer Ryu Ga Gotoku Studios announced today three new installments of the series, one of which is a fully localized remake of Yakuza Ishin, one of the games previously released only in Japan. The biggest of these three announcements was the reveal of Yakuza 8, now known as Like a Dragon 8, along with the news that the game will feature the protagonist of the last game, Ichiban Kasuga, and the returning protagonist of the series, Kazuma Kiryu. Kiryu even wears a somewhat strange new hairstyle, which probably indicates that he has adopted a new identity after the events of Yakuza 6: The Song of Life.

During today’s broadcast of RGG Digest, it was confirmed that both Kasuga and Kiryu will be the main characters of the game, like Kiryu and Goro Majima in Yakuza 0. The turn-based role-playing game from Yakuza: Like a Dragon will also return to the game, and the developers even hint that Kiryu will form his own party, similar to the party of Ichiban in the last game. In addition, it became known that the game will be released for different generations in 2024.

However, fans who want to know how Kiryu returned will not remain in the dark for a long time, since the last announcement of today’s stream was “Like the Dragon Gaiden: The Man who erased his Name.” This canonical byproduct will occur between the events of Yakuza 6 and Yakuza: Like a Dragon and will lead to the events of Like a Dragon 8. This will be a shorter part of the series, similar to the upcoming Assassin’s Creed: Mirage from Ubisoft. and it will be released in 2023.

19 Kids and Counting graduate Josh Duggar is appealing after being...

The RDR2 player has just solved the biggest mystery of the...