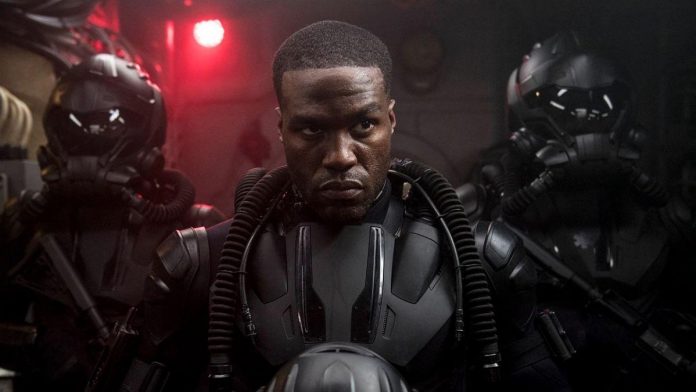 In Aquaman 2018, Yahya Abdul Mateen II introduced us to one of the most memorable DCEU villains with his portrayal of the Black Manta Ray, and in the upcoming DC movie Aquaman and the Lost Kingdom, he will return in this role. Since many of us met the talented actor thanks to the fact that he entered the world of superheroes, he starred in all kinds of films and TV shows, such as “The Guardians”, “Candyman”, “The Trial of Chicago 7” and “The Resurrection Matrix”. The actor recently spoke about how he continues to make his role in the comics “real” on the set.

In the last role of Yahya Abdul-Mateen II, the actor went to Broadway for 16 weeks this fall in the play “The Loser Dog” together with Corey Hawkins. Comparing his recent experience with filming Aquaman films, he said the following:

Everything should be aimed at getting to the truth. But sometimes you need to know what movie or genre you’re shooting in. Something like “Aquaman” is a clown job. Aquaman is not the Chicago Seven Trial. You have to overcome yourself. To survive and do it well, you have to play this game and then be crafty when you want to surprise the audience, the director or yourself with a little bit of “Wow, I didn’t expect to see Chekhov stuff or August Wilson and Aquaman, but I did.

During an interview with Vulture actor Yahya Abdul-Mateen shared that every project he stars in is different because he has to remember every time about the genre he embodies. When it comes to the DCEU, he said he has to “overcome” himself and surprise the public and his peers in the best possible way.

The actor certainly did just that with his role as the Black Manta Ray. The villain could easily be made to laugh, especially with his not necessarily menacing costume, but when Yahya Abdul-Mateen II took over the role, he really deepened the role of David Kane, who takes revenge on Aquaman after the death of his father. There is a down-to-earthness in the Black Manta that Abdul-Mateen caught, probably because of this approach that he brings to the scenery.

While the return of “Black Manta” was previously scheduled to be released in theaters in the spring of 2023, “Aquaman and the Lost Kingdom” was recently postponed until December 2023, which is why it took more than a year to wait for the sequel. This step is due to the fact that Warner Bros. deals with numerous behind-the-scenes reshuffles after the recent merger with Discovery and the change of CEO.

Filming of the Aquaman sequel ended back in January, and along the way, the actor shared the transformation of his body into a Black Manta Ray, when a ruthless pirate and his suit with an Atlantic engine are preparing to fight the superhero character Jason Momoa. And, as Momoa recently reported, Batman and Aquaman may also reunite in the sequel.

Broadway screenings of Yahya Abdul-Mateen II will begin on September 27, and the next DC movie to hit theaters, Dwayne “The Rock” Johnson’s “Black Adam,” will be released on October 21.