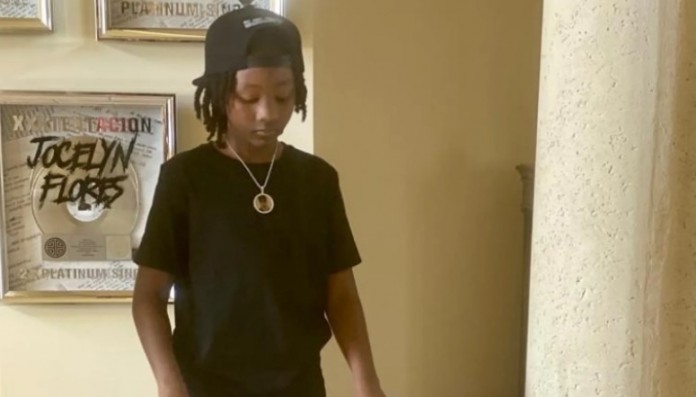 Written in collaboration with Darby Jones.

At the age of just 11, Aiden Kerr is already changing the world for the better. Although Aiden is in high school, he is a boy with many talents who also helps those in his community who are less fortunate than him. Generation Z has already established itself as the most generous group in history: according to Charity Digital, last year almost fifty percent of Generation Z representatives donated to charity.

Wise beyond his years, Aiden has been through a lot for such a young man. His older brother, rapper XXXTentacion, was shot dead almost four years ago in their home state of Florida. Aiden comes from a close-knit, loving family, so the loss of his older brother was a tragedy. Aiden’s mother, Cleopatra, helped him learn to love others who were less fortunate than him.

A few months ago, Aiden organized an event to give the children the opportunity to celebrate Christmas. For the Christmas carnival, Aiden and his team worked hard to ensure that every child had gifts, as well as a safe and carefree environment for fun together. During the year, Aiden also donates toys and food and regularly spends time with the children he has befriended.

Aiden is also actively involved in the XXXTENTACION Foundation, a non-profit organization dedicated to honoring the memory of Jase D. Onfroy, who was widely known by his rapper name “X”. The organization helps various charities and people, and working with the foundation helps Aiden feel connected to his late brother while helping others at the same time.

While giving back to the community takes up a lot of his time, Aiden tries to find time to still be a child. He is a talented musician, like his brother, and loves to play the piano. He also shares his talents and interests with his subscribers on his YouTube channel. From self-defense to MMA, Aiden has a wide range of hobbies, and he is sure to become a talent worth watching in the coming years.

Just her? Kim Kardashian opined in favor of eliminating the “give...