Home Entertainment xQc Stunned by Viral TikTok About Adept’s Breakup: “Is This a Joke?” 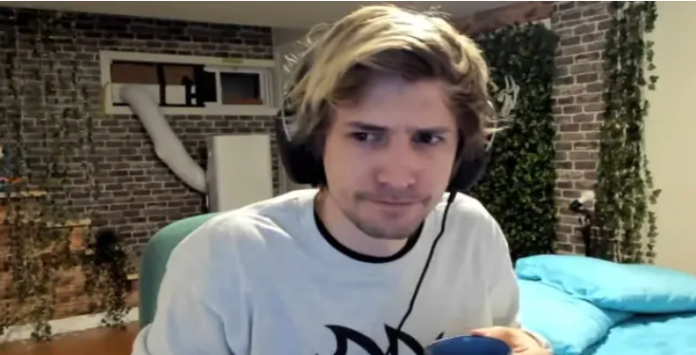 The Twitch xQc star was completely taken aback by a viral TikTok discussing his breakup with now ex-girlfriend Adept.

While many of the biggest YouTubers and Twitch streamers prefer to keep their personal lives secret and hidden from subscribers, and for good reason, xQc’s relationship with Adept was open to everyone.

With an audience as large as that of the former Overwatch professional, more than 11.4 million subscribers to date, there are bound to be a few viewers who will invest too much in the personal life of their favorite streamer.

xQc stunned by TikTok after breakup

During his broadcast on November 19, the popular streamer came across a viral TikTok with more than 1.3 million views, which discussed his parting with Adept.

Warning others, TikToker @xmukitty stated that xQc did not have a prenuptial agreement in a relationship with his ex-girlfriend, which allegedly allowed her to take his house and car when they broke up.

Completely in shock and almost unable to find the words: “What the fuck am I watching at all,” he said. “How is this even real?

Noting that the two really lived together for a long time, many TikTok users noted that a prenup is usually intended for marriages, whereas the two Twitch streamers were just in a relationship.

Although the couple could be in a civil marriage, which means that the Adept may be entitled to financial benefits from xQc.

Adept recently confirmed that a McLaren 720s Spider from xQc worth about $300,000 is registered in her name. Although it is unclear whether she intends to keep him.