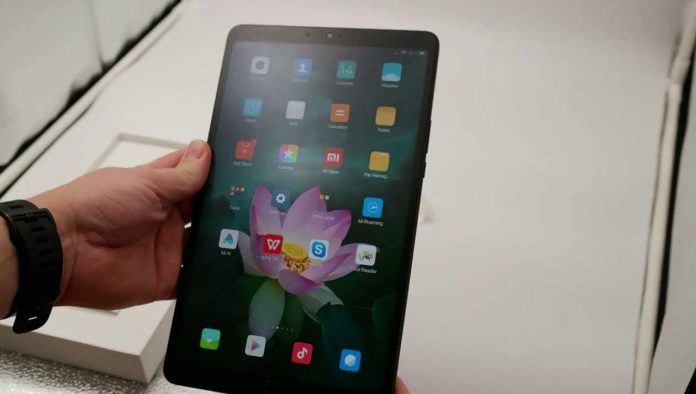 Xiaomi CEO Le Jun also stated that the company is working on a new tablet. Although the Chinese technology manufacturer does not reveal any concrete information about this device, many leaks have already emerged. The sources showed the highly anticipated Mi Pad 5 with new details.

Xiaomi, which announced a series of flagship products with the Mega Launch 2021 event on March 29-30, unfortunately did not launch the Mi Pad 5 at the event. While the Chinese manufacturer introduced dozens of new electronic devices, it decided to postpone the tablet model expected by the users to a later date. However, the latest information leaked showed that Xiaomi’s new tablet is not far away.

A source called Digital Chat Station on the Chinese social media network Weibo revealed new information about the Mi Pad 5. According to the leak, Xiaomi’s new tablet will resemble the Mix Fold with foldable display that was introduced on Tuesday. In addition, the tablet will support handheld mode. It will also have a custom MIUI user interface.

It is claimed that Xiaomi’s new tablet will be powered by Qualcomm’s Snapdragon 800 series chipset. Although there is no exact information about which processor will be, sources suggest it will be the Snapdragon 870.

In addition to the processor, the tablet will exceed expectations in terms of the screen. According to reports, the Mi Pad 5 will come with an LCD display with 2K resolution and 144Hz refresh rate. In this way, the device will have an advanced mobile game playing experience. This screen will also support touch sampling rates up to 480Hz.

That’s all there is to know about Xiaomi’s tablet for now. There is currently no exact information about the date of introduction. However, expectations are that the company will release the Mi Pad 5 device in April.

TikTok, Netflix, Facebook … Top 10 of the most downloaded applications...