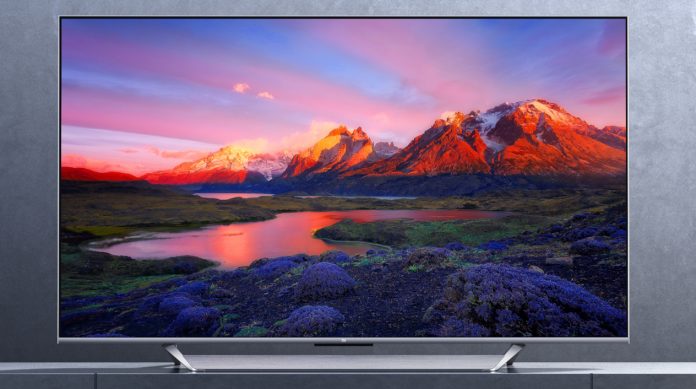 Even though phones with high price / performance ratio come to mind when Xiaomi is mentioned, it has now become known to everyone that the Chinese technology giant operates in almost every field of technology. Xiaomi, which made the global launch of the new flagship Mi 11, whose review video we shared with you, introduced the new television model at this event: Xiaomi Mi TV Q1 75.

Mi TV Q1, which has managed to make a difference to the majority of televisions in the market by reaching a refresh rate of 120 Hz, has HDR + support. As can be seen from the expression 75 at the end of the model code, it is 75 inches, or 190 cm.

The frames of the television using QLED technology are very thin. The television, which uses metal material in its chassis and foot and has a premium design, is powered by the MediaTek MT9611 processor.

When we look at the input and output ports of the Xiaomi Mi TV Q1 75, which has 30W stereo speakers with Dolby Audio and DTS-HD support, we see that three HDMI 2.1 ports are accompanied by one Ethernet and two USB ports.

When the TV, which has a built-in satellite receiver and uses the Android TV infrastructure, comes out of the box, applications such as Netflix, Amazon Prime Video and YouTube are installed. In addition, there is a microphone for Google Assistant and Amazon Alexa.

The price of Xiaomi Mi TV Q1 75 was set at 1299 Euros and it was announced that it could be purchased from March. Pre-order users will be able to get the TV for 999 Euros.