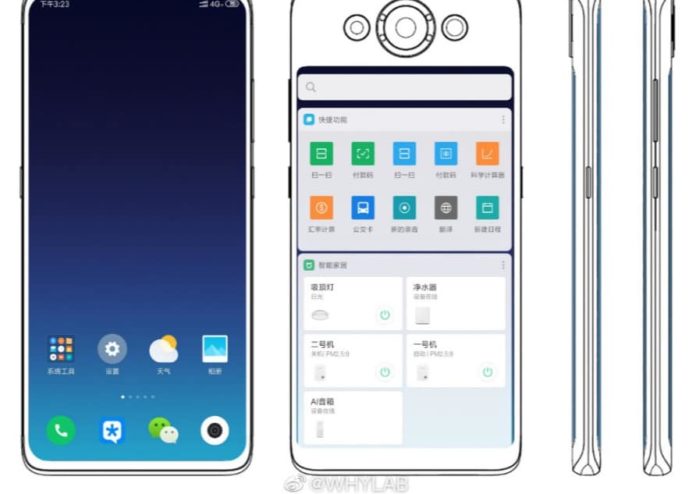 A patent application filed by the Chinese smartphone manufacturer Xiaomi in June has been approved today. A double screen phone was seen on the device in the approved patent.

Xiaomi, the manufacturer of the Mi 10 and Mi 10 Pro smartphones, which are on sale today and sold out in a minute, has appeared with a new patent this time. The patent, discovered at the Chinese Patent Office, brought up the idea of ​​Xiaomi making a smartphone only on the screen.

A smartphone with two screens appears in the images in the new patent. The patent, which was filed in June, received approval today, so we were able to take a look at the patent. The device in the patent hosts two separate screens, behind and in front.

Xiaomi’s dual-screen phone patent:
If we look at the images in Xiaomi’s patent, we can say that the edges of this device are quite thin. However, while the volume control and power keys to be found on the device are seen on the right of the device, another key that we do not know what is on the left side shows itself.

As you can see in the images, this smartphone in the patent of Xiaomi does not have any front camera because the phone has two screens, so the screen on the side of the camera can enable you to do what you want to do with the front camera.

Can we see the device included in this patent of Xiaomi in real life, that part is quite uncertain because the technologies we see in patents can sometimes only stay on paper, but the Nubia company with Nubia Z20 made similar to the dual screen phone that we saw in Xiaomi’s patent. So Xiaomi can also launch such a device.

Stellantis Announces Its Plans To Switch To Electric Cars: Here Are...