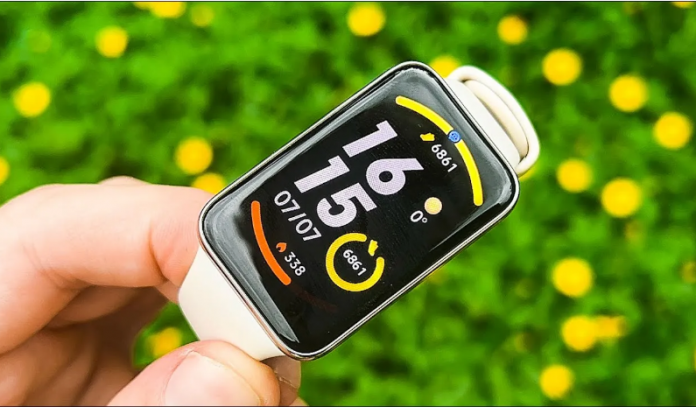 Today at the event, Xiaomi unveiled new devices that will be put up for sale in Europe. Here are the specifications and price of Xiaomi Smart Band 7 Pro…

Today, Xiaomi unveiled its new 12T and 12T Pro smartphones, robot vacuum cleaners, televisions and tablets at a global event. The device that attracted attention was a new smart bracelet. Here is the price and specifications of Xiaomi Smart Band 7 Pro…

Today Xiaomi has introduced a new model of Smart Band 7 Pro smart bracelet. Compared to the Band 7, the latest product of the popular Mi Band series, we see that the screen has grown by 84 percent. So now it looks more like a watch than a bracelet.

When we look at the specifications of the Xiaomi Smart Band 7 Pro, we first see a 1.64-inch screen that uses an AMOLED panel with a pixel density of 326 PPI and a resolution of 280×456. It should be noted that functions such as constant switching on and automatic brightness adjustment are also supported.

A 235 mAh battery is installed inside the device. This capacity may seem low compared to a smartwatch. However, although the Smart Band 7 looks like a smart watch from the outside, it provides up to 12 days of battery life, since in terms of operating system and hardware functions it is a bracelet.

In addition, it manages to stand out thanks to features such as 5 ATM water resistance, GNSS location tracking, more than 150 dials (not counting settings), 117 sports modes, Bluetooth 5.2 and NFC support. In addition, it can work with devices using Android 4.4 and above and iOS 9 operating systems through its own application.

Finally, the global price of the Smart Band 7 Pro was announced at 99 euros. In China, it went on sale at a price of 399 yuan, which is almost half as much. However, if we take the European market as a basis, we can say that in our country it will have a price of 1820 TL excluding taxes.

What do you think about this subject? Don’t forget to share your opinion with us in the comments.