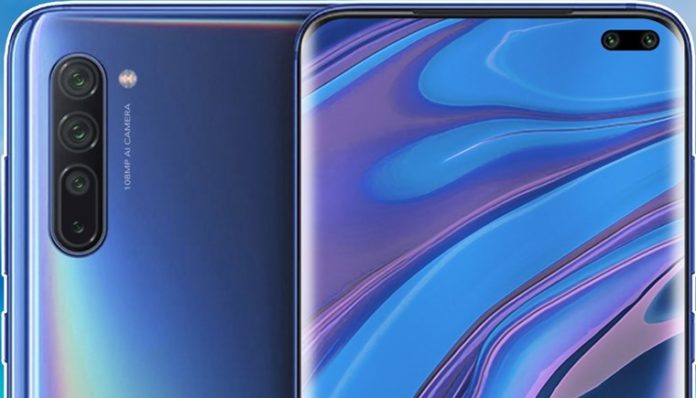 Xiaomi shared the official promotional images of the new flagship Mi 10, which it will introduce on February 13. Sharing by Xiaomi; It clearly shows that the Mi 10 will have a curved screen and have a quad camera setup.

The new flagship Mi 10, which the Chinese technology giant Xiaomi has been working on for some time, has finally surfaced. Company officials shared the first promotional poster for the phone, which will be introduced in the coming days. Sharing by Xiaomi officials officially reveals the overall design of the Mi 10 series.

Xiaomi’s new flagship was expected to be introduced before Samsung’s “Unpacked” event on February 11. However, expectations were wasted and Xiaomi announced that it would announce its new flagship on February 13. In addition, the company will launch the Mi 10 via a live broadcast over the Internet, due to the Corona virus that has emerged in China and has become an epidemic worldwide.

Promotional poster for Xiaomi Mi 10
Xiaomi made a very significant statement in the description of this promotional poster. The company emphasized that the Mi 10 is a dream phone, this phone is designed for dreams, a high-end flagship phone, and the Mi 10 is a masterpiece of Xiaomi’s 10-year experience. It seems that Xiaomi is relying heavily on the upcoming new flagship.

Mi 10 will have a super slim handset
Xiaomi revealed the design of the new flagship with its sharing. However, this was not the company’s only share. So much so that company officials shared a visual about the cooling system of the Mi 10. In this context, Xiaomi has compared its cooling systems with Huawei’s Mate 30 Pro 5G model, which is also a Chinese technology giant, Xiaomi has revealed what kind of system it has developed.

The Xiaomi Mi 10 has an AI-powered cooling system. Artificial intelligence, which makes instant control from 5 points, then ensures that the temperature at every point of the phone remains constant and low. Comparing the cooling system of the Mi 10 to the Huawei Mate 30 Pro 5G also reveals that Xiaomi’s new system will be seriously impressive. Because when PUBG Mobile is played for 45 minutes on both phones, Mi 10 gets warmer.

Images of the temperature control system Xiaomi designed for Mi 10
45 minutes PUBG experience; The Huawei Mate 30 Pro causes the temperature of the 5G to warm up to 43.9 degrees, and the Xiaomi Mi 10 to 41.1 degrees. The 2.8 degree difference in between can be thought of as not very important, but it should not be forgotten that even a small temperature change for a smartphone causes a significant performance difference.

Honor X10 5G is stunned with its 8-minute sale