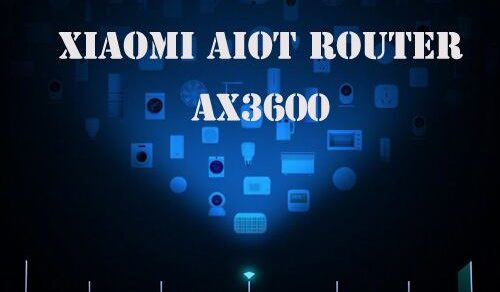 Xiaomi shared the promotional images of Xiaomi AX3600, the first router with Wifi 6 support. The Xiaomi AX3600 stands out with its being an enterprise-grade router for the consumer market.

Xiaomi’s highly anticipated Mi 10 series smartphones will come with support for WiFi 6 connectivity. The Chinese tech giant is preparing to launch a Wi-Fi 6 router called Xiaomi AX3600 to complete the technology it will use in its next-generation smartphones.

Xiaomi shared the promotional images of the WiFi 6 supported router and presented a first look at the design of the device. In one of the photos published by the company, it is seen that the router, which has seven antennas, will come with a very interesting design. The images were shared by Xiaomi’s official Weibo account.

The antennas of the Xiaomi AX3600 have a special AIoT antenna that includes an independent dual-band Wi-Fi chip. This chip can automatically detect new devices and configure the network with a single click. In addition, the AX3600 allows users to configure using a remote control from where they sit.

Launched as the company’s first Wi-Fi 6 router, the AX3600 was officially announced by Xiaomi earlier this month. The router, which has 512 MB of RAM, uses OFDMA (Orthogonal frequency division multiple access) technology and can efficiently transmit data to various terminal devices at the same time.

Xiaomi AX3600 also supports dual-frequency synchronization, meaning MU-MIMO technology. Thus, the router offers theoretical speeds of up to 2976 Mbps and antennas can transmit to different types of devices simultaneously. The AX3600 Wi-Fi 6 router is powered by Qualcomm’s 4-core 1 GHz A53 processor. It is also equipped with a total of 6 signal amplifiers, including the 2.4 GHz and 5 GHz bands, which include 2 and 4 external high performance signal amplifiers, respectively.

According to Xiaomi, the AX3600 is the first of its kind to use an enterprise-grade platform for the consumer market. The new router will be introduced with the Mi 10 series at the online event that will take place in China on Thursday.