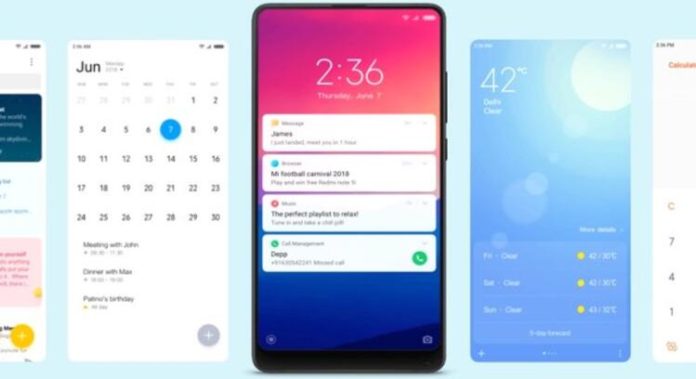 Chinese smartphone maker Xiaomi released its app vault feature for all MIUI 11 devices in recent months. You can browse our article to learn how to activate the feature.

As you know, Xiaomi smartphone users have been able to view their apps on the home screen for a long time, similar to iOS. There were users who like this situation as well as those who complain. As a matter of fact, Xiaomi announced that it will release a new update by hearing the voice of these users in the past months.

This feature of Xiaomi has been available to Xiaomi smartphone users in China until now. The company, which has been working on this issue for a long time, has finally released the ‘vault’ feature for current MIUI 11 users globally. To learn how to activate the feature, you can browse the guide below and have more detailed information about the subject.

How to activate the application vault in Xiaomi MIUI 11?
Normally, if you swipe the screen up on any Xiaomi device, the browser would open. If this feature is published by Xiaomi, users can open the application case when they do the same. However, the most frequently used apps will also be at the top of the screen.

Download the latest version of the MIUI system launcher.

Once you’re done, swipe up the screen to use the long-awaited app vault feature on your Xiaomi device. At this point, you can make changes to the application vault for which application categories to display, what the background color will be and much more. Finally, don’t forget to share with us what you think about this new feature of Xiaomi in the comments section.