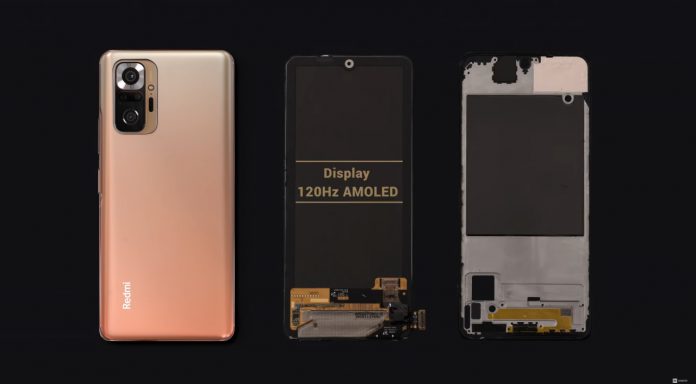 The Xiaomi Redmi Note 10 Pro, which was introduced recently, was disassembled and information was shared. In the video shared on the Xiaomi official YouTube channel, the hardware of the model showed itself. The video, where the parts are separated step by step, also showed what the parts were.

The bronze-colored model was examined in the 1 minute 25 second video published on the Xiaomi official YouTube channel. While the parts of the model were extracted one by one, it was shown what each part was. Dismantling was first started by removing the back cover of the model. With the removal of the back cover, it was seen that the hardware was positioned on the model. Later, the SIM and microSD card slots were removed from the side.

Then, information about the camera hardware and fingerprint sensor of the model was shown. After the flash and fingerprint sensor were shown, the protective plate on the hardware was removed. The 108 Megapixel main camera, telemacro camera, depth sensor and ultra wide angle camera were seen here. Then, going to the top of the model, infrared, 3.5 mm headphone jack, 16 Megapixel front camera, light sensor and processor were shown.

This was how the model was disassembled. You can watch the video in question below.

You can also review the technical specifications below.

What awaits us with the Redmi Note 11 series?