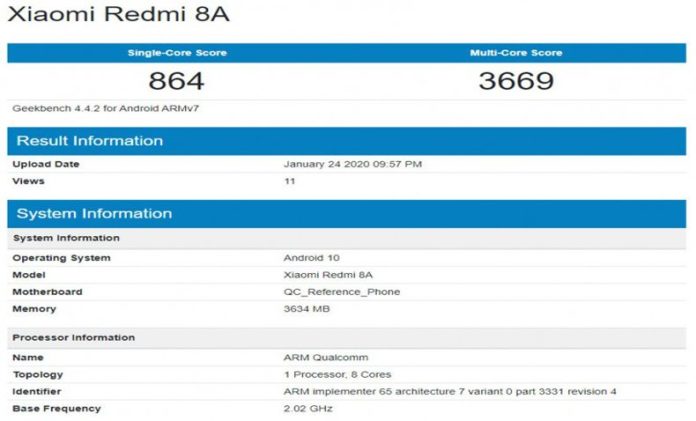 One of the smart phone models that received this update was the company’s entry-level smartphone model Xiaomi Redmi 8A. Redmi 8A had received the official MIUI 11 update in November of last year, but the phone’s operating system still remained Android 9 Pie. Adding a new image and brand new features to its entry-level smartphone, Xiaomi did not integrate the Android 10 operating system. Today, a new report has been shared that can stir the users of the phone.

Of course, there is not yet an estimate or official information about when the update will be released, but the Geekbench report can hope for Redmi 8A owners, an entry-level smartphone. Redmi 8A, which is a budget-friendly model and has hardware items that can not be tried poorly, but will not be bad, will be a good option for those who want to get the Android 10 experience cheaply.

The Witcher: Tesla uses its musical success in its speakers