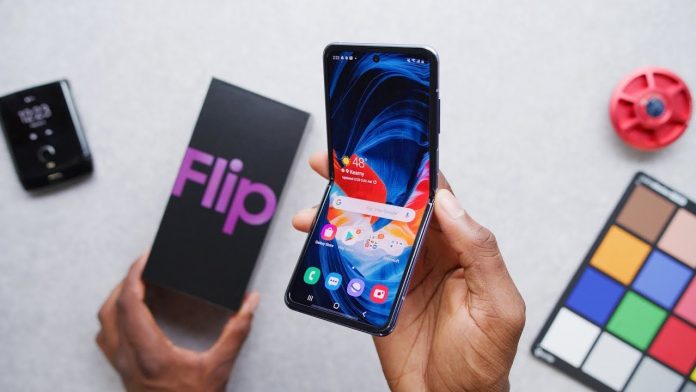 Xiaomi, which is constantly on the agenda with new smartphone patents, has this time patented a model similar to the Galaxy Z Flip. Xiaomi, one of the most active manufacturers in the smartphone market, continues its preparations for its new generation devices. It turned out that the manufacturer, which has recently been claimed to be preparing for dozens of new models, has now received a patent for a foldable screen phone.

Xiaomi, which previously launched its first foldable phone with the Mi Mix Fold, has now patented a model similar to the Galaxy Z Flip. This device may come as the company’s second-generation foldable phone and may be called the Mi Mix Flip.

The website LetsGoDigital has revealed Xiaomi new patent, which has been approved by the CNIPA (Chinese Intellectual Property Office). According to this patent, the new foldable phone of the Chinese manufacturer will have a clamshell design and will fold into the screen.

In fact, ignoring the rear design of the device, it can be said that most of the rest is the same as the Galaxy Z Flip. Looking at the patent, Xiaomi new foldable smartphone will come with a screen that hosts double holes on the front. Inside these holes, front cameras are expected.

It is not known when the Chinese manufacturer will release the Mi Mix Flip model, which is currently just drawings. However, if the previously leaked news is true, we predict that Xiaomi new foldable phone will appear this year.