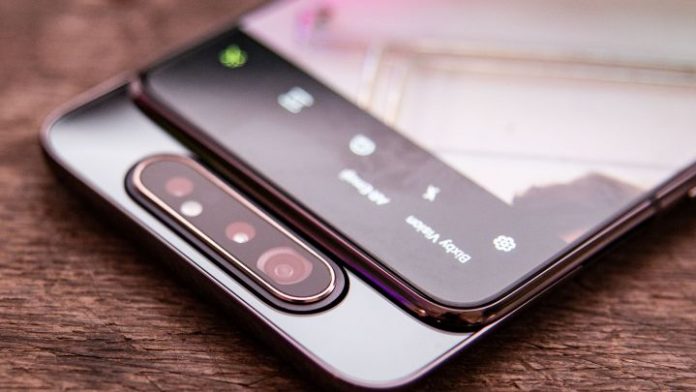 Xiaomi: For many years, smartphones have had two cameras: a front one for selfies and video conferencing, and a rear more ‘tocha’ (usually) so that we can unleash the Annie Leibovitz that we carry inside. But in today’s design trend, front-facing cameras are superfluous, spoiling the all-screen design.

That is why all companies are looking for a way to solve this, and the idea of ​​having an under-screen camera will soon be a standard, just like the under-screen biometric reader.

In 2019, Samsung found an original way to hide the front camera without resorting to implementing it under the screen, and its Samsung Galaxy A80 attracted attention with a hidden camera module in the terminal chassis that slid up and rotated to become rear camera in front.

The A80 mixed both cameras in the same module, and this is what Xiaomi’s new patent, granted by the World Intellectual Property Organization (WIPO) last week, does, as we have been able to read on the Let’s Go Digital site.

Flip-up camera under the screen

In February 2020, Bejing Xiaomi Mobile Software filed a patent with WIPO for a “mobile device.” The 32-page documentation was published on April 29, 2021 and describes in detail how the company plans to integrate an internal rotating camera into a smartphone.

At the back of the screen is placed a so-called flip-up camera module, with at least one camera lens. By default, the camera is oriented towards the rear and is part of a larger camera system, which consists of several lenses. Based on the sketches, only the top lens of the triple camera appears to be rotatable. The other two lenses remain facing rearward at all times.

By means of a motorized or magnetic drive module and a processor, it is possible to rotate the camera in the housing. Based on the extensive documentation, the preference seems to go to a magnetic module, which is cheaper to implement and also more durable (a motor can break, a magnet always works). In that case, a magnetic component will also be attached to the camera lens.

Loki: Season 2 of The Series Will Not Have The Same...