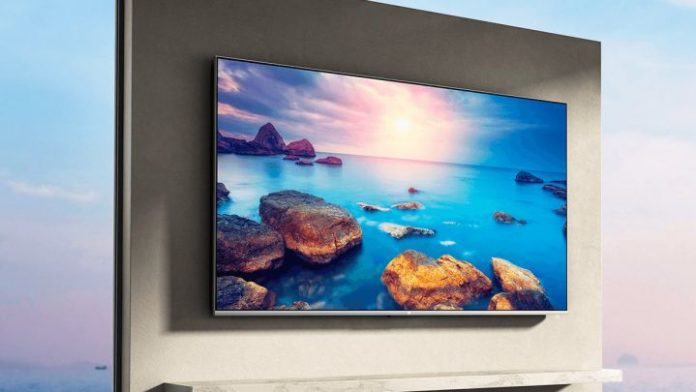 As with mobile screens, the size of TVs has exploded in the last two decades. We have gone from a 32-inch standard to a 50-55 ” low. Size does matter, at least to impress buyers, and Xiaomi has gone for that with its new TV panel without forgetting the competitive price.

With an elegant and minimalist design, Mi TV Q1 75 “offers a cinematic experience with its 4K UHD resolution screen and quantum dot technology. Its huge 75” edge-to-edge screen comes with a metallic finish and a viewing angle of 178 °, allowing for frameless viewing from anywhere in the room.

My TV Q1 75 “also offers a refresh rate of 120 Hz, to which is added HDMI 2.1 ports and automatic low latency mode (ALLM), which make it ideal for playing video games. As for the audio, It features a 30W stereo speaker that uses six speakers – two tweeters and four woofer – for crystal clear sound. My TV Q1 75 “also supports Dolby AudioTM and DTS-HD.

Xiaomi’s new TV, based on the latest version of Android TV 10, has the most popular apps, such as Netflix, Amazon Prime Video, and YouTube, pre-installed. The buttons dedicated to Netflix and Amazon Prime Video are implemented on the remote control to facilitate user access to their favorite content.

With dedicated microphones for far-field voice control (up to 3 meters), the tv has a hands-free control option over it and other connected smart devices just by saying “OK, Google” to activate the Google Assistant. For users who want total privacy, there is also a physical switch at the bottom of the display panel to mute the microphone.

The second phase of the curious Bitcoin space program was launched