The laptop has a metal design and specifications identical to the variant already presented in June by the company in the country, including 10th generation Intel Core processors and battery with a life of at least 10 hours.

The original models of the Mi NoteBook 14 and the Mi NoteBook 14 Horizon Edition did not include an integrated webcam – Xiaomi even included an external USB camera in the box – however, the brand’s customers asked for a product with more affordable prices, which it did with the brand to announce a model equipped with Core i3 earlier. 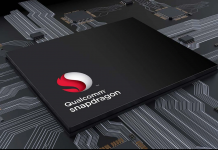