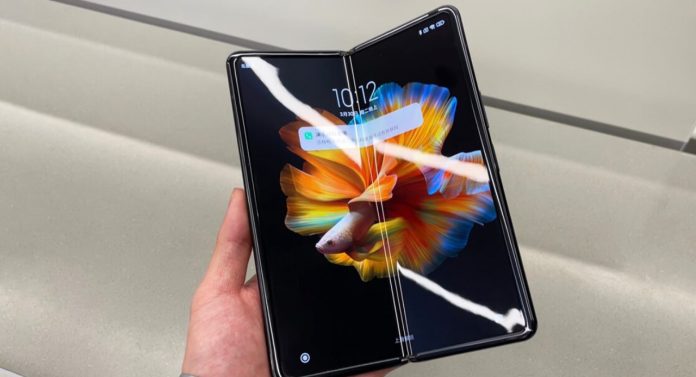 Mi MIX Fold 2 may come with an external display. Some features of the Xiaomi Mi MIX Fold 2 model, which has been leaked in the past days, have emerged.

Allegedly, OPPO, Vivo and Xiaomi will introduce new foldable phone models in the second half of 2021. Leaks show that the Xiaomi Mi MIX Fold 2 model will have an extra screen.

Xiaomi Mi MIX Fold 2 may come with an external display

Mi MIX Fold 2, which is expected to meet with users in the last quarter of this year, will come with an external display allegedly produced by Visionox. It is also stated that the company will supply the foldable screen from Samsung.

Mi MIX Fold 2, known with the J18s model code, will appear with a 120 Hz screen. The model, which is expected to have an under-screen camera, is also quite ambitious about the camera.

Allegedly, Xiaomi will feature a 108 Megapixel main camera, 3X liquid lens and ultra-wide camera in the new model. The processor and other display features of the Mi MIX Fold 2 model are not yet known.

It is estimated that Huawei will use the Kirin 9000 processor in the Mate X3. Unable to supply screens from Samsung due to the US embargo, Huawei is allegedly working on different solution methods. Huawei will introduce its new foldable model in 2022.

US Army tests glasses that “see” through walls