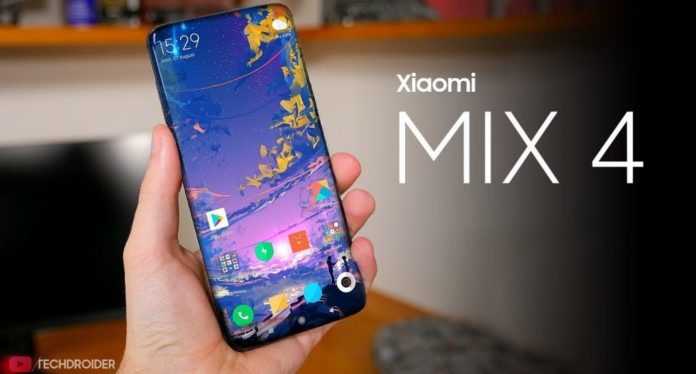 Xiaomi Mi’s phone, which has been subject to our news until a few months ago, but which we did not get any new information, came to light in Geekbench tests. The resulting Geekbench results open up to discuss the hardware features of this phone, rather than the performance of the Mi Mix 4.

Xiaomi, one of the popular names in the smartphone industry, is often the subject of our news with the smartphone models it works on. In this context, the company was talking about the “Mi Mix 4” model a few months ago. However, this phone was suddenly forgotten, and new information about it began to come. But today, Xiaomi’s Mi Mix 4 model appeared in Geekbench tests.

Geekbench tests of Mi Mix 4 reveal that this phone will have Android 10 operating system and will come with 12 GB RAM capacity. However, when we look at the processor section, we see that Mi Mix 4 will get power from a processor called Snapdragon 865+. This is a very interesting detail because the industry has not yet met such a processor.

See Also
A user texts with Xiaomi Mi MIX 4, which has not been released yet

Qualcomm did not mention the more advanced “+” model of this processor during the introductions of Snapdragon 865. Even a few days ago, the officials of Meizu made it clear that there would be no processor called Snapdragon 865+.

If Xiaomi did not overclock Snapdragon 865, what could this processor be? Here the most likely answer to this question seems to be Snapdragon 875. In other words, the processor that will power 2021 flagship phones. This reasonable approach reveals that the Xiaomi Mi Mix 4 could be released in the last quarter of 2020.

The mystery of the end of ‘Crash Landing On You’

DOOM world can now be played in Super Mario 64

Ariana Grande and BTS about to collaborate?

Apple Releases 13.5 Beta 4 of iOS and iPadOS for Developers

How the Game as a Service Goes to the Next Generation