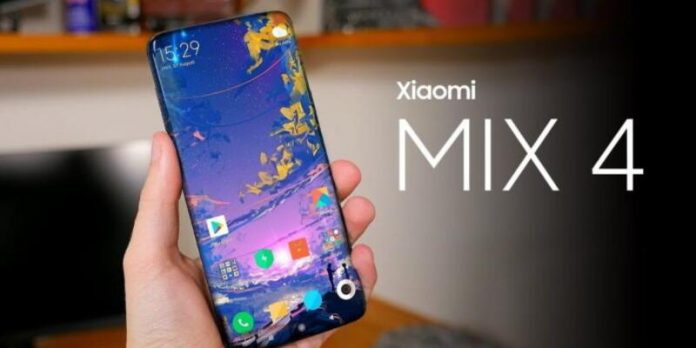 Xiaomi Mi Mix 4 new front camera and second screen claim. Xiaomi has been working on cameras built into the screen for a while. However, the company has not yet released a phone that uses this technology. Although the Mi 10 Ultra was expected to be the first in this regard, the rumors were in vain. The same situation was repeated for the Mi 11 Ultra. The expected technology is expected to reach end users with the Xiaomi Mi Mix 4.

The latest sharing by the famous sensor Ice Universe shows that Xiaomi has managed to completely hide the front camera on the screen. While it is stated that the camera will be completely invisible on the screen when it is not working, it has been mentioned before that the resolution of the screen may be limited to Full HD +. The screen is expected to be produced by Huaxing Optoelectronics.

Xiaomi previously patented a screen that curves on four sides. However, the Xiaomi Mi Mix 4 is expected to use a standard dual-curved screen to keep the cost low. News that the phone could be sold for a higher price than the Mi 11 Ultra had previously come to the fore.

Xiaomi Mi Mix 4 may be announced next August with MIUI 13. The smartphone is expected to come with features such as Snapdragon 888 processor, 4500 mAh battery, 120W wired and 80W wireless fast charging.

Response To 4k Switch Claims From The Nintendo Front!

Apple, A Flexible iPhone With an iPad-like Screen by 2023, According...