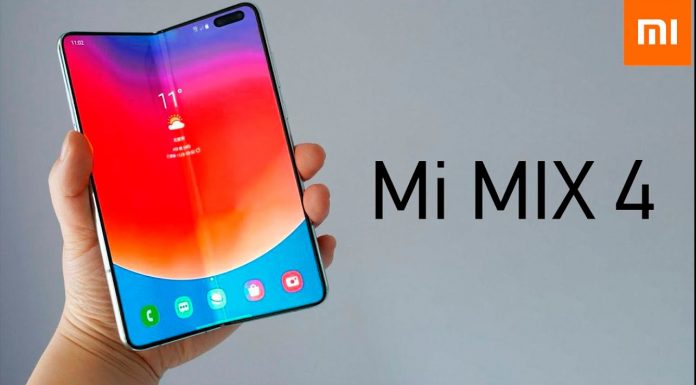 Xiaomi Mi Mix 4 coming? With the recently introduced Mi Mix Fold, Xiaomi’s important series has been reborn from its ashes. Judging by the newly revealed information, the company also took action for the Xiaomi Mi Mix 4.

Ice Universe, one of the important leakage sources of the technology world, made an important share on Twitter. Accordingly, the first rendered images that give clues for the new Mi Mix 4 design have emerged.

Xiaomi is one of the companies that started the competition in the screen case ratio in the sector with the Mi Mix series. Share today, there is no hole or notch in the image.

Considering the Xiaomi Mi Mix 4 design, the device will appear with an under-screen camera. In fact, technology experts expected the company to be the first model to use an under-screen camera with the new Mi Mix. Estimates are that the intervention of the pandemic prevented the development of this high-level model.

Judging by the image shared by Ice Universe, the Mi Mix 4 model will appear with a curved screen. However, Xiaomi has previously made a bolder design with the Mi Mix Alpha.

Ice Universe is of the opinion that under-screen camera technology will be used 100 percent for the Xiaomi Mi Mix 4 model. The famous analyst is sure of this information, although he does not reveal the source.

The hardware information of the phone has not been revealed yet. However, the Mi Mix series is one of the major flagships for Xiaomi. In this sense, the frameless phone will come with the Snapdragon 888.

I am 100% affirmation, Mi Mix4 will use the UPC ( Under Panel Camera ) technology, and it is very likely to use curved screen design, and other new technologies will be used for this phone. pic.twitter.com/esxZPrw5F3

Xiaomi is known to play a leadership position in the smartphone market both in China and in the world. The serious injury of Huawei after the US embargo caused the company to rise at the end of 2020. This year, the company made a splash with its flagships such as logo change, Mi 11 series and Mi Mix Fold.

The biggest obstacle for the company, which is rapidly rising in the Android market, is the problems in the MIUI interface. The Chinese company wants to overcome these problems with MIUI 12.5.

Apart from the Xiaomi smartphone, it has a wide range of products such as smart vacuum cleaners, water heaters, scooters. Judging by the latest information, the company may have entered the last corner for the electric car.