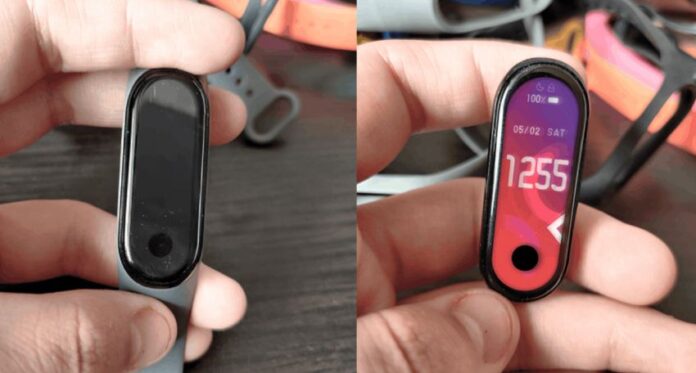 Mi Band 5, the new smart wristband of Xiaomi, one of the most remarkable technology manufacturers of recent times, was first seen as a bloody live. The images say that the new bracelet will appear with an oval and perforated design instead of the classic square screen.

Xiaomi, one of the leading companies in wearable technology, has made a great impression with Mi Band smart wristbands until now. Aware of its success in this field, the Chinese company continues its efforts to expand its product range when this is the case. The latest product of these works, Mi Band 5, came up with a rather interesting leak.

The smart wristband, which appears to be true images, seems to come with a significant upgrade in the screen area compared to its predecessor. At this point, the images tell us that the new Xiaomi bracelet will come with a brand new oval and perforated design instead of the classic square screen. Although it is not known exactly what the hole in the screen is for, it is estimated that it may be a sub-screen camera, but let’s point out that this is unlikely.

What does Xiaomi Mi Band 5 offer?
According to reports, the Mi Band 5, which will support NFC versions sold outside of China, will be the first Mi Band to support NFC outside China. Assuming that these models, which will be sold in the global market, will support Google Pay and other payment services together with NFC, Mi Band 5 can even be used as a bus card. This will offer great payment convenience to users.

On the other hand, the information from TizenHelp indicates that the device will come with a 1.2 inch screen. Thus, users will be able to see more details and larger icons on this screen compared to the 0.95-inch Mi Band 4 screen. The Mi Band 5, which is expected to be lighter despite the larger screen, will also offer clearer visibility in sunlight thanks to the increased contrast.