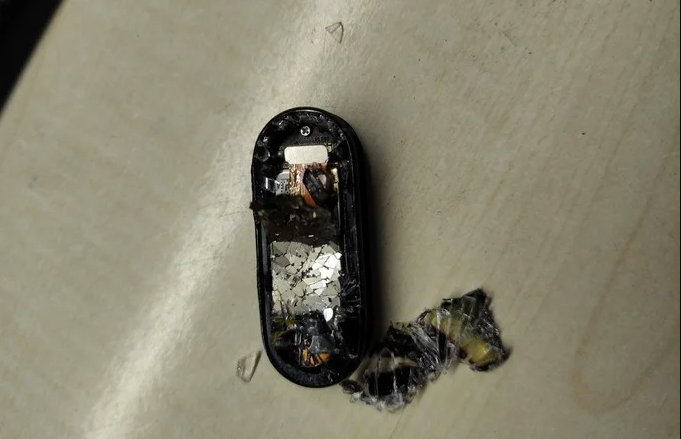 A claim has been made for Mi Band 5, which is among Xiaomi’s popular devices and one of the most preferred smart wristbands. Xiaomi Mi Band 5 is said to explode suddenly while plugged in, and images of the damaged bracelet were shared about the incident.

We know that electronic devices explode or burn due to reasons such as forgotten charging or electrical leakage. We had never heard of such an event for smart wristbands or watches. We have previously read the news that Xiaomi phones explode while charging. Now, interestingly, Mi Band 5, the last member of Xiaomi’s popular smart bracelet series, is said to have exploded in the event shared on Reddit.

The explosion, which is currently a claim, has emerged with photos shared by a Mi Band 5 user named Michele Costa. Photos showing a completely burned and destroyed Mi Band 5 were shared with the note that the device became this while on charge.

The user who said that the device started to burn suddenly while the device was on charge, pushed the informal device to the ground and stepped on it to extinguish it, and this was the reason for the screen fracture in the photos.

Although the reason for the explosion is unknown, it is said that the device may have exploded due to a hardware problem. Sharing the incident on Reddit, Costa says that he charged the Mi Band 5 with its original charger. The user states that the device he purchased through Amazon returned after contacting Xiaomi.