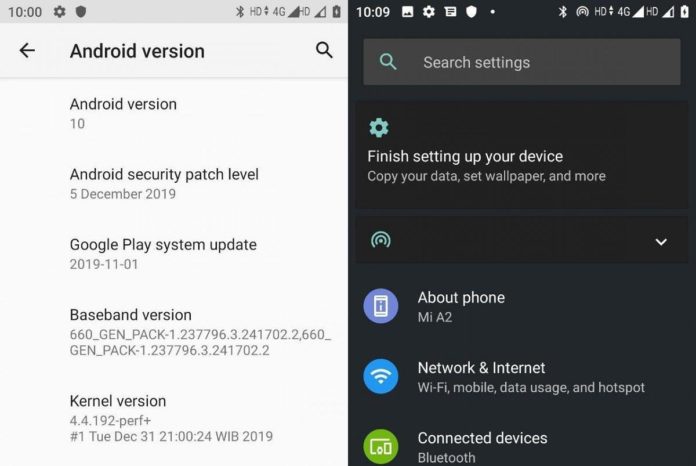 The Mi A2 model in Xiaomi’s Android One project finally gets the Android 10 update. The gradually distributed update will soon reach all users.

It is obvious that the Android One project, which started with great promises, is not going well. The promise of a quick update, the biggest plus of the project, has not been fulfilled recently. The Android 10 update, released in September 2019, has not yet been released. Fortunately, Xiaomi Mi A2 users will be able to install the Android 10 update on their device as of today.

Not a seamless version
Android 10, including the new update 1.3 GB size and gradually began to be distributed to users. So it’s normal he hasn’t come to your device yet. In the comments coming from users who have succeeded in installing the device and said that the version has some problems. These are minor interface bugs and lack of features like VoWifi.

With the update, the security patch version of the device increases to December 2019. If the update has not yet appeared on your device, we recommend that you wait a little longer. Although you can find the files and upload them yourself, companies also check for any problems during gradual output. If a major problem is detected, the update can be withdrawn and resubmitted after the problem is resolved.

In short, if there are no problems, users of the Xiaomi Mi A2 will be able to benefit from the Android 10 experience, even if it is a bit late. The Android 10 update, which features many features including system-wide dark mode and advanced location options, will soon be available on the Mi A3.

Samsung Galaxy A03 Core introduced! Here are the features