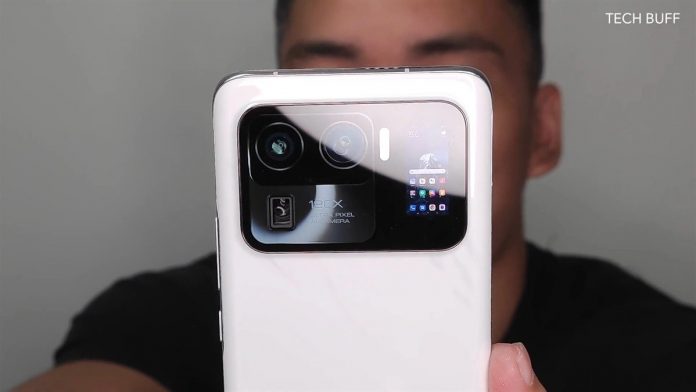 Information about the new flagship of the Chinese phone manufacturer Xiaomi, Mi 11 Ultra, has been leaked. It is noted for its new flagship rear screen, shown in a 10-minute video by YouTuber Tech Buff PH.

The leaked Mi 11 Ultra has a small screen on the back, in addition to the triple camera layout. The new flagship, which is likened to the Meizu Pro 7, has already managed to become one of the most interesting phones.

Mi 11 Ultra stands out with its camera features

The video shared and deleted by YouTuber Tech Buff PH was recorded by a follower and shared on another channel. While the deleted video includes important details of the Xiaomi Mi 11 Ultra, it is stated that the phone will have more impressive camera features than the entry-level Mi 11 model. It is claimed that the Mi 11 Ultra will house a 50 MP primary camera, a 48 MP ultra wide camera and a 48 MP periscope camera with a 120x digital zoom.

In addition, the front camera of the smartphone is thought to be 20 MP. It is also stated that the phone will have a 5000 mAh battery capacity as well as superior camera features and will offer 67W wireless fast charging support.

Another important detail revealed in the video shared by Tech Buff PH is that the phone will have an IP68 resistance certificate. As it is known, the previous Xiaomi models did not have a waterproof certificate and it was stated that the devices were only resistant to water splashes.

In addition, the device is claimed to be powered by the Snapdragon 888 processor. At the same time, it is stated that the smartphone will come with a 6.67-inch WQHD + OLED display and will support 120 Hz refresh rate.

According to the latest information, it is thought that the phone will have a price tag of $ 1,000 or higher.

There are updates for Mazda’s SUV model CX-5