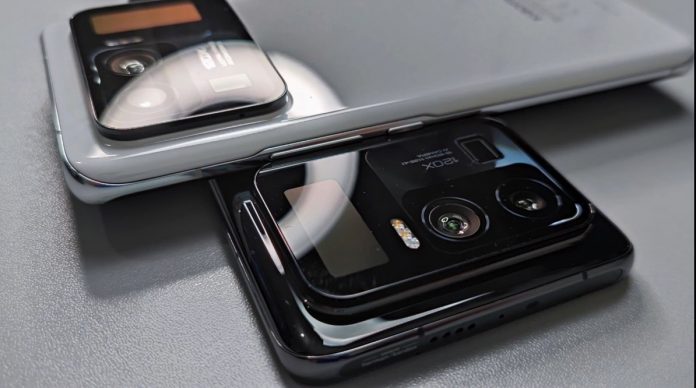 Xiaomi Mi 11 appeared at the end of last year. Other highly anticipated members of the Mi 11 series have also become official as of today, and the most striking among these new members is the Xiaomi Mi 11 Ultra, the flagship of the series. The most striking feature of the smartphone is its 1.1-inch OLED second screen, which is also seen in leaks.

At the heart of the smartphone is the Qualcomm Snapdragon 888 processor. This processor is accompanied by 8 or 12 GB of RAM and 256 or 512 GB of internal storage. The 5000 mAh battery provides the phone with the energy it needs. This battery has 67W wired and wireless charging capability. 10W reverse wireless charging is also among the features on the phone’s ID card.

The Mi 11 Ultra has a 6.81-inch WQHD + resolution AMOLED display. The maximum brightness level of this screen with an aspect ratio of 20: 9 is 1700 nits. With a refresh rate of 120 Hz and a touch sampling rate of 480 Hz, this panel is protected by Corning Gorilla Victus glass.

The second screen on the back panel, which is the most striking aspect of the phone, is 1.1 inches in size as we mentioned before. In addition to showing notifications, this screen with the Always On display feature is also suitable for use when taking selfies with the rear camera.

The large camera island, where the second screen is also placed, hosts three sensors. The main camera is the 50-megapixel sensor. A 48-megapixel ultra-wide-angle camera and a 48-megapixel telephoto camera also complete the system. 8K video can be recorded with the rear camera system. It is worth noting that the camera system of the Xiaomi Mi 11 Ultra got 143 points from DxOMark and reached the top of the DxOMark list.

How much will I have to pay for the Xiaomi Mi 11 Ultra?

Even though the phone has a second screen, this does not mean that there is no other camera placed on the front. There is a 20 megapixel resolution camera on the main screen of the device. It is worth noting that the fingerprint scanner of the Mi 11 Ultra, which has dual speakers, is also integrated into the screen.